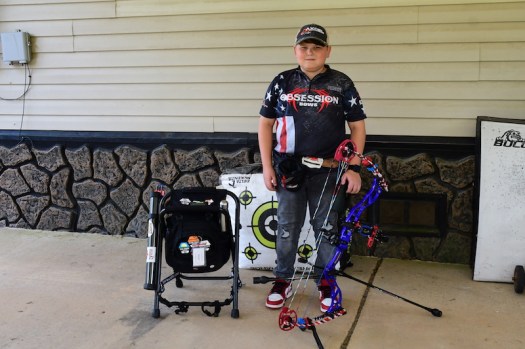 Paden Mims has enjoyed archery since he was 8 years old. (JOYANNA LOVE | ADVERTISER) 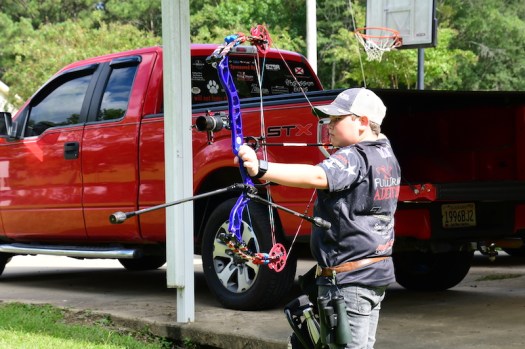 Paden has been named an American Shooter Association Eagle Open Male Shooter of the Year honoree for 2022. (JOYANNA LOVE | ADVERTISER) 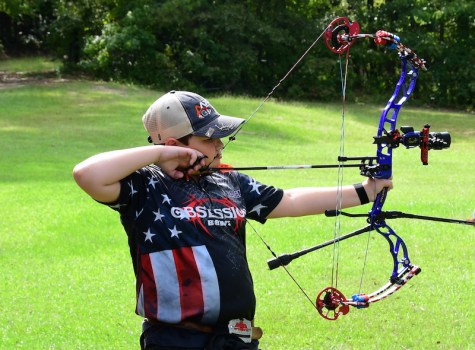 Paden recently placed first in his class at the Bowhunters of Alabama state competition in Cullman. (JOYANNA LOVE | ADVERTISER)

Paden Mims of Clanton is making a name for himself in competition archery.

At 12 years old, he has already secured several sponsorships from businesses in and outside of Chiton County and has a collection of medals.

He recently placed first in his class at the Bowhunters of Alabama state competition in Cullman.

“I was happy and excited,” Paden said.

In these competitions, archers shoot at three dimensional models of animals set at various distances scoring a different amount of points for different spots on the animal.

This was his second time competing at state, but Paden said he had to be further away from the targets this year because of his age.

“After a while of shooting, you don’t get as nervous,” Paden said.

Each competition has 20 to 30 targets.

Paden has been named one of the American Shooter Association Eagle Open Male Shooter of the Year honorees for 2022.

He is already competing on the professional level in ASA.

Paden first picked up a bow four years ago, and he began competing soon after. His interest in the sport began because of his older brother.

Training for competitions started with his parents and Robert Householder.

He has also received guidance from Archery Unlimited in Prattville.

“They help him anyway they can,” Paden’s father Brian Mims said.

In the past year, he has competed in approximately 42 matches. His equipment has a patriot flair as his equipment is coordinated in red, white and blue.

At Paden’s first competition, a friend of Brian Mims’s recommended the Martin Archery and Obsession Archery Next Generation program. This program made it possible for Paden to earn a completely custom Obsession bow that he uses in competition.

He competes as a part of the Scholastic 3D Archery St. Clair team and a Talladega team for Bowhunters of Alabama.

His mom Marsha Mims said Paden has become close friends with other young archers in other counties through his competitions.

Brian Mims said during the competition session, Paden has a match every weekend. Only one of them is in Chilton County, so the family sees a lot of travel. Brian commented that Paden enjoys staying in hotels.

“In middle school (next year), there is going to be a lot more people shooting,” Paden said. “I have to get used to shooting longer distances.”

He plans to continue competing with more out of state matches next session.