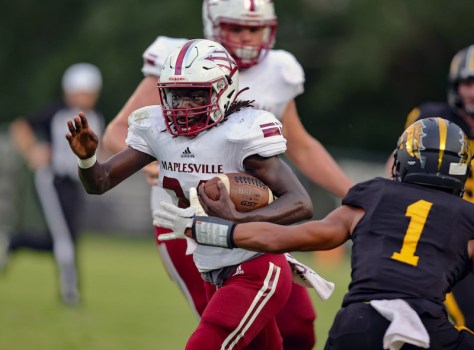 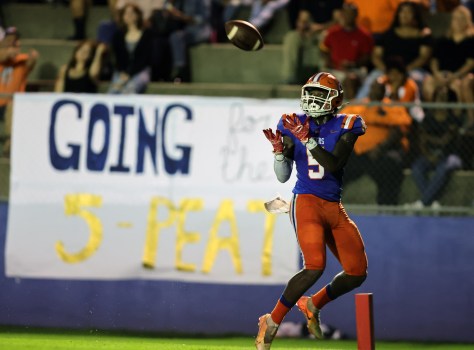 Jakavion Jackson is this week’s athlete of the week for his performance against Notasulga High School on Sept. 9. Jackson ran for 263 yards on 11 carries, that is a 23.9 yards per carry average. He was able to break the pylon four times in the game to help Maplesville High School to a 54-6 win.

However, his ability to gain yards after contact against Notasulga was his best effort of the season, and one of the best of his career.

“He gained a lot of those yards at the fullback position,” Maplesville coach Brad Abbott said.

“He was just a determined runner, and was not going to be taken by one tackler. He had one of those special nights that comes around once in a while for special players like that.”

Jackson has eight touchdowns this season, and has gotten in the end zone at least once in every game. His 601 rushing yards for the season would put him eighth on MaxPreps list of top Alabama rushers this season.

Maplesville began the season 0-2, but since then the Red Devils have outscored their opponents 78-14 and are now at .500 at 2-2 going into a matchup with Calhoun High School on Sept. 16.

While Chilton County came out on the wrong end against Helena High School, senior wide receiver Jakeveon Bolding had a fantastic game for the Tigers. Bolding hauled in 163 yards on just seven catches and one touchdown and was able to keep spur a fast-paced first half for the Tigers.

His night included a short pass, which he turned into a 30-plus yard gain, and a leaping, tumbling grab over the middle while getting hit in mid-air. Bolding offers a safe and reliable outlet for CCHS quarterback Cannon Miller to get the ball out quickly, and has been Miller’s favorite target so far this season with Bolding averaging 104.5 receiving yards per game.