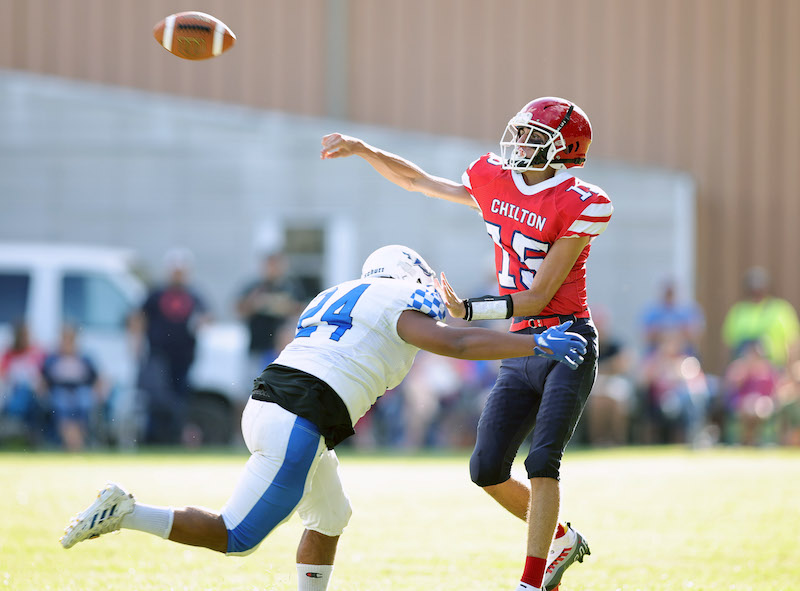 CCA was down 32-6 at halftime and outscored Marshall Christian 26-9 in the second half, but could not complete the comeback.

Donovin Norcross led the Patriots carrying the ball 10 times for 139 yards and one touchdown. Norcross added four catches for 87 yards and 11 tackles to his totals. Four of his tackles were for a loss.

“The guys showed up prepared, but they were not game ready, and it did not start to click until the second half,” CCA coach Jay Norcross said. “They just clicked into a different mode, but it was just too late.”

CCA quarterback Tucker Easterling went 9-for-14 for 159 yards and two touchdowns — a 47-yard strike to Mason McCary and a nine-yard connection to Denson Mahan.

McCary carried the ball four times for 15 yards and a touchdown, and he was the Patriots leading tackler with 13, three for a loss. He added a sack to his defensive totals.

Chilton Christian will host Conecuh Springs Christian School on Sept. 16 in a Christian 6-man region matchup for the Patriots next game.