Verbena powers past Billingsley on the road 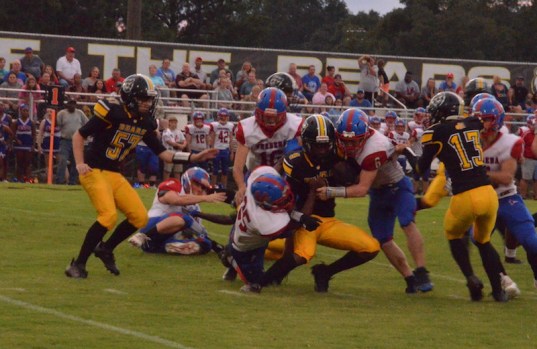 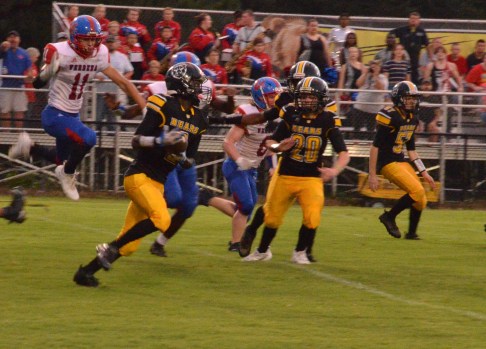 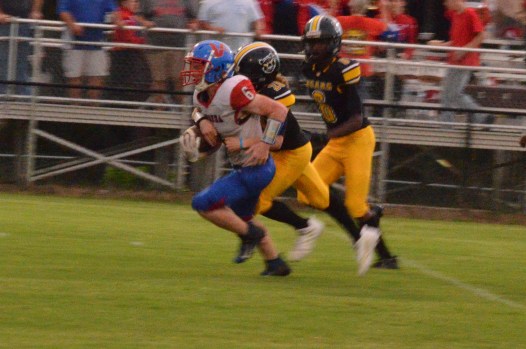 Verbena High School is one win away from equaling its win total from the last two seasons after the Red Devils beat Billingsley High School 54-14 on Sept. 9.

Verbena had four wins in each of its last two seasons, and with the win over the Bears, Verbena sits at 3-1 this season.

“I have never been around such a great group of guys on the staff, and all our guys just want to play our brand of Verbena football, which means we believe in doing your job every down,” Verbena assistant coach Gehrig Douglass said. “We are pumped to be 3-1 on the year, and to beat one of our region rivals for the first time in a long time.”

Verbena came out fast against Billingsley with their signature rushing attack that has worked well throughout the season to this point, and it did not stop. Verbena’s Chris Guzman recovered a fumble on Billingsley’s first possession, and their offense turned it into six points with a Jacob Morris touchdown to open the scoring.

The Verbena defense was able to pin the Bears deep in their own territory. Zion Smith blocked a punt through the back of the end zone for the Red Devils for a safety to make it 10-0. Smith had five tackles in the game, and scored a rushing touchdown.

Morris led Verbena in both tackles and rushing yards with eight and 136, respectively. He scored two touchdowns in the game.

D.J. Jackson added another rushing touchdown in the first quarter to make it 18-0 Verbena after the opening frame. Jackson ran for 54 yards on 10 carries and had three touchdowns. He added a 62-yard punt return for a touchdown in the second half.

“We have 11 guys who believe in what we coach them, and more importantly believe in each other,” Douglass said. “It was a great performance tonight from the offensive line, and hats off to our backs who care more about winning than stats.”

Ethan Dopson got in on the scoring with a 30-yard touchdown run in the second half. Jarod Quinn ran for 63 yards on 13 carries to cap the Red Devils impressive numbers on the ground.

Verbena’s Johnathan Marino and Cole Blanchard each had an interception in the game.

Verbena (3-1) will host Central High School, Hayneville on Sept. 16 at 7 p.m. for the Red Devils next matchup. Billingsley (1-2) will travel to Autaugaville High School on the same day and time. Both games are Class 1A Region 4 matchups.