Bolding is the right man for the job 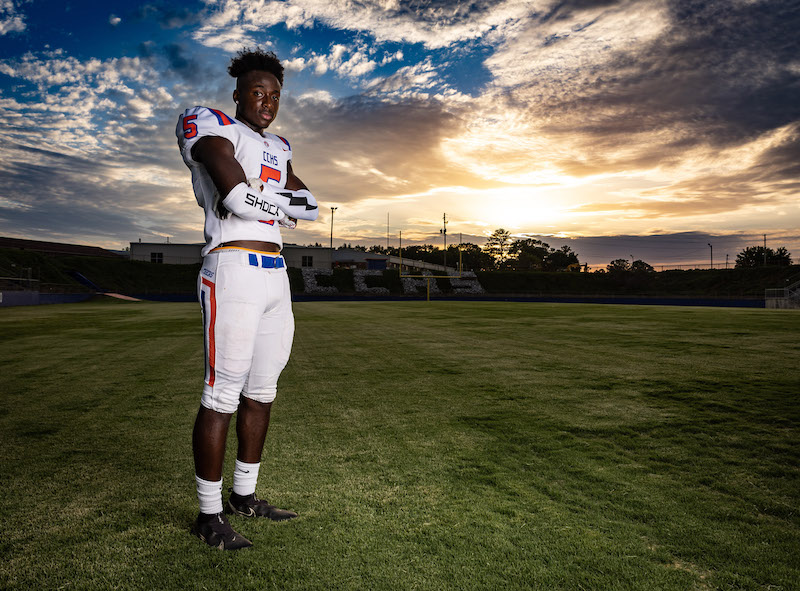 Jakeveon Bolding is expecting big things in his last season playing for the Tigers.

The fans inside Tiger Stadium at Chilton County High School are yearning for a winner. The Tigers have compiled one winning season since going 10-3 in the 2012 season. Now, 10 years later, the Tigers are trying to right the ship with explosive athletes and a new head coach who has the upmost confidence in his players, including Jakeveon Bolding.

Bolding, a senior wide receiver and safety for CCHS, has grown up in Chilton County his whole life. Bolding has been catching passes from Tigers starting quarterback Cannon Miller since their middle school days. Bolding said the connection is just the start of something special, and he expects many opportunities this year to make plays down the field for the Tigers offense.

“I feel like this year we can be way better than we were last year,” Bolding said. “We just have to come together and play as a team. Everybody playing as one.”

Bolding made the move to safety last season in the CCHS defensive backfield. First-year head coach Marvin Morton said the biggest reason why he has Bolding as the last defender on the field during most plays, is the trust he has in the

senior. Morton described Bolding as a “glue guy,” and someone who is an extension of Morton on the field.

“I have full confidence in Jakeveon, and he has accepted that role,” Morton said. “He wants to be that quarterback of the secondary. When it comes to someone we can trust, I know I can trust Jakeveon Bolding on both sides of the ball.”

Bolding playing both sides of the ball gives him ample opportunity to be a leader for his teammates. He said leadership, both leading by example and vocally, is something he brings to the field that sets himself apart from other players. When Bolding’s time at CCHS ends, he said he wants to be remembered as a leader and somebody to look up to.

Bolding has taken Morton’s messages to the team over the summer to heart.

“Everyone is buying in to what (Morton) is saying and listening to him,” Bolding said.

Morton is preaching to the team to play for one another and push each other in the classroom, weight room and the football field.

Bolding is constantly looking to get better, and it shows in his preparation.

“I just go over my assignments mentally before the game,” Bolding said. “I think about the plays I am going to be making, the right reads and all of that.”

Bolding’s talent has not gone unnoticed receiving four college offers so far. Coastal Carolina University, Tulane University, Austin Peay State University and the University of Nebraska have all offered Bolding, but he is taking his time deciding to see which program fits him best.

First, Bolding is locked in to making sure the Tigers end the season, and his high school career with a winning record.

“He is probably one of our hardest working players on the team, he loves to work,” Morton said. “He is a guy that when we need a play, he is going to be one we count on. The growth he has had since his freshman year here has been outstanding.”