Reece dedicated to students at PASS 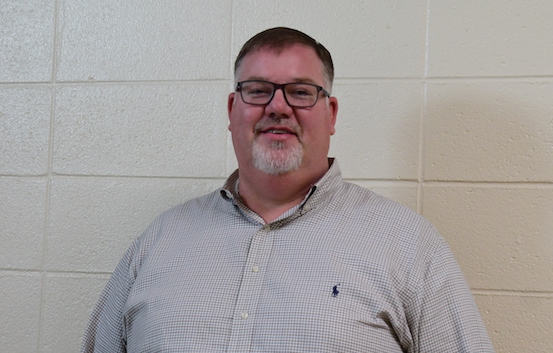 Todd Reece has a long career in education with his experience spanning multiple school systems in Central Alabama.

Reece was the lead teacher for Chilton County Schools’ PASS Academy when the program was started in the early 2000s.

“It was a need that Chilton county Schools had, and leadership 20 years ago saw it,” Reece said. “What we did was visit existing school systems who had existing alternative schools, and we kind of threw all of their policies and handbooks together and kind of pulled out the things that we liked, and we thought would work in Chilton County.”

Reece was lead teacher at PASS for six years before taking a job in Autauga County.

In April, Reece had the opportunity to return to the program helped start, but this time as the principal.

“I have been in school administration for the past 10 years, so leading a school wasn’t anything new to me,” Reece said. “Coming back to someplace I have worked before was really familiar, and I have enjoyed that.”

The career change allowed Reece to return to a familiar setting, while giving him a chance to work closer to home.

“It’s kind of a special situation for me,” Reece said.

He said the mission of the program remains the same as when he was first involved.

“There has been some sort of discipline issue at the base school is their reason for coming here,” Reece said. “We just try to provide that place of transition where they realize they made a mistake. Here we try to deal with conflict resolution skills, making them aware of what they did wrong and how to maybe handle that situation differently, if it comes up again.”

Since its inception, the program has been adapted to meet student need, and the size of the staff has increased.

“The main thing I would like to see, and I had the same goal when I was here as a lead teacher was to see a reduction in return students,” Reece said.

He said some of the same students come to PASS at some point over multiple school years. He wants to see these students grow from the experience to the point they are making decisions and being able to stay in their regular classes.

Reece is also over the CCS summer program and the virtual school students.

Reece was initially interested in a career in education because of his parents, who worked in public school systems for 30 years.

When he is not working, Reece is an avid sports fan. He also enjoys playing golf and hunting. Reece and his wife Kellie live in Clanton, and have one daughter, who is in eighth grade.