Patriots move to 2-0 with win over Clay Christian 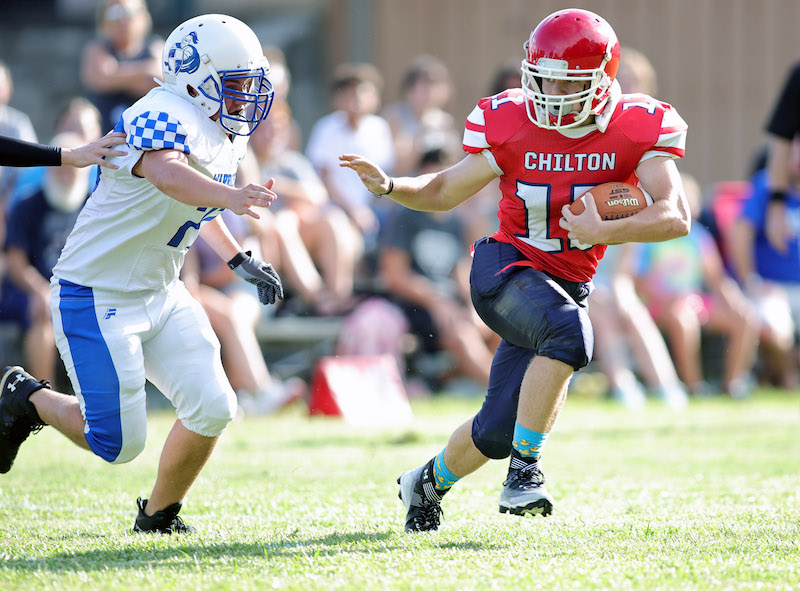 Donovin Norcross led the way for CCA with 169 yards rushing on 10 carries and scored four touchdowns. Norcross averaged 16.9 yards per carry, and added two catches for 53 yards and a receiving touchdown to his totals.

The Patriots used a heavy rushing attack against Clay Christian piling up a total 387 total yards with 305 of those being rushing yards. Mason McCary was the second leading rusher for CCA with 92 yards on six carries and one touchdown.

CCA quarterback Tucker Easterling threw just four passes, and three were completed for 82 yards including the touchdown toss to Norcross.

Norcross led the Patriots on defense as well with nine solo tackles, five of those for a loss. Easterling had four tackles. Denson Mahan and McCary each pulled down an interception, and David Villegas recovered a fumble.

Chilton Christian travels to Marshall Christian Academy in Albertville on Sept. 8 looking to move to 3-0 in the Christian 6-man Region standings.