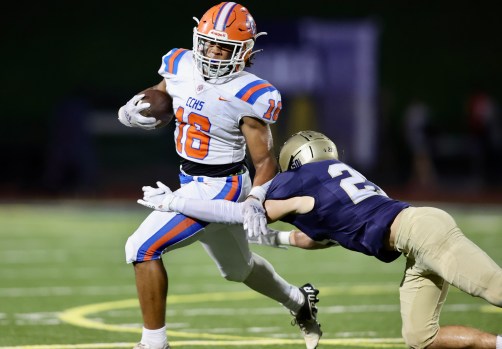 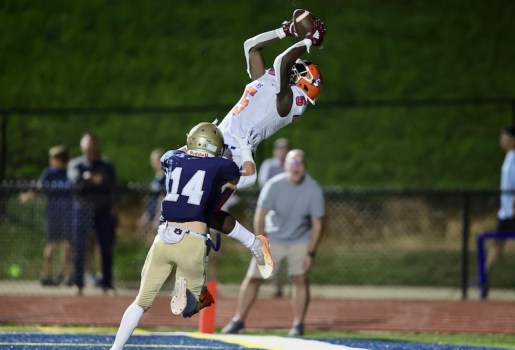 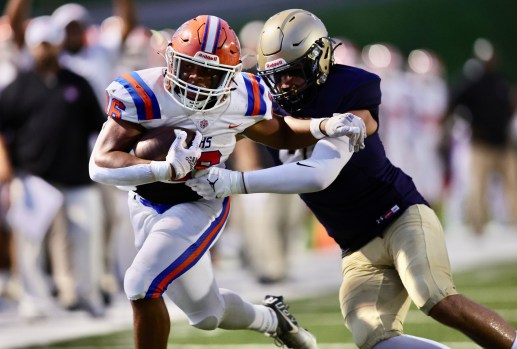 Chilton County High School could not hold on against Briarwood High School and fell 36-29 on the road on Sept. 2.

With the Tigers trailing 28-21 with a little over a minute to go in the game, CCHS found themselves inside the Briarwood five-yard line at the cusp of the goal line. Jakeveon Bolding punched in a two-yard touchdown run to cut the lead to just one.

CCHS head coach Marvin Morton elected to go for two, and drew up a trick play that saw receiver Demarcus Riddick finding quarterback Cannon Miller for the go-ahead score with a minute on the clock.

On the ensuing possession down 29-28, Briarwood was able to get in the end zone with a few seconds left to win the game.

“Our guys did a good job with the game plan and preparation leading up throughout the week,” Morton said.

CCHS went with a more balanced play calling sheet against Briarwood with the Lions keying in on running back Rashard Childers. The plays were split almost an evenly 50-50 between run and pass plays.

That allowed Miller to air the ball out against the Lions defense for 254 yards on 15-for-27 passing with a touchdown. Bolding hauled in six receptions for 138 yards and had one receiving and one rushing touchdown each.

The Tigers jumped out to a 14-0 lead after the first quarter, but Briarwood stormed back to tie the game at halftime at 14.

The Lions took the lead in the third quarter, but Miller found Bolding with a six-yard touchdown connection early in the fourth quarter to tie the game at 21.

“Cannon made some great throws,” Morton said. “He took a lot of hits too, and showed a lot of grit and toughness in that game.”

The Tigers defense faced Briarwood’s five-star recruit and Clemson University quarterback commit Christopher Vizzina. The Tigers held their own, and were led by Jakobe Worthy pulling down two interceptions against Vizzina for his fourth and fifth picks of the season. Worthy had four catches for 72 yards on offense.

“He is a magnetic to the football this season,” Morton said. “It seems like if the ball is in the air in his area, he is going to come down with it.”

Hunter Ousley was the leading tackler for CCHS with 13.

Chilton County (2-1) will move on to Helena High School next week in another attempt at earning that Class 6A region win. The Tigers host Helena at Tiger Stadium on Sept. 9 at 7 p.m.