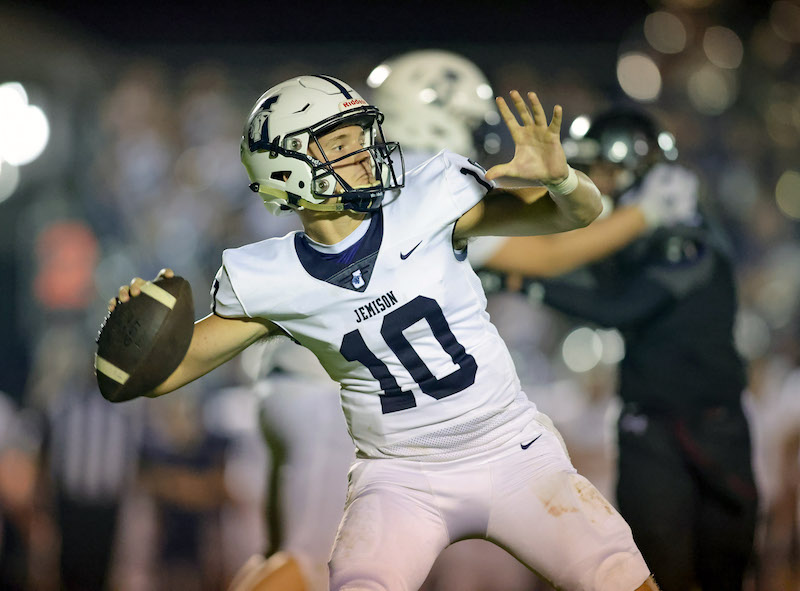 Jemison High School sits 1-2 on the season after its 14-9 win over Marbury High School. (FILE | ADVERTISER)

Jemison High School righted the ship on Sept. 2 with a 14-9 win over Marbury High School in the Panthers first AHSAA Class 5A Region 3 matchup.

“They fought really hard and their mindset was right going into the game,” Jemison coach John Therrell said.

The Panthers held a 7-3 lead at halftime, but Marbury punched in a score in the third quarter to take the 9-7 lead.

Jemison reassumed the lead in third quarter with a touchdown and never relinquished it. The community of Jemison held different events throughout the week to help support the Panthers after their 0-2 start, and Therrell said the players took notice.

“The community support that is around these kids is warranted because they are putting in the time and effort into getting better,” Therrell said. “Just to see the community of Jemison get back on board with what we are doing and the culture we are building helps.”

Jemison posted 186 total yards on offense, and 141 of those were on the ground. Efrain Villeda ran for 76 yards, and Coden Cummings ran for 46 yards and a touchdown.

The Panthers had nine first downs in the game, but just one penalty for seven yards. Their defense was led by a committee of Panthers with eight defenders recording at least two tackles. Elijah Allen had four tackles and assisted on eight others. Kintre Jackson had two tackles for a loss, and Lane Pate had eight tackles, five of those were assisted. Jackson and Pate each recovered a fumble in the game.

Jemison (1-2) has everything to play for in front of them as they travel to Shelby County High School on Sept. 9 for their next matchup. Kickoff is scheduled for 7 p.m.

“As much as we hate to not win those in-county games, the region games are where are focus is,” Therrell said. “We had to click the reset button, and we had to get back into what we were doing and our identity. We were able to get the first one and now we are looking at Shelby County to make it 2-0 in region play.”