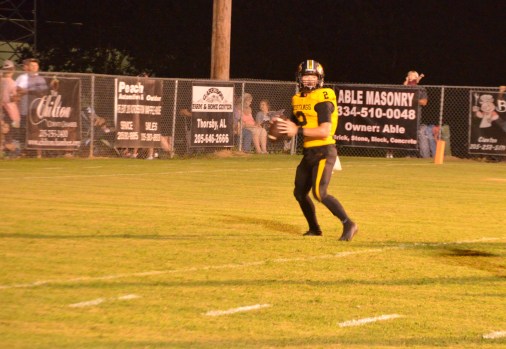 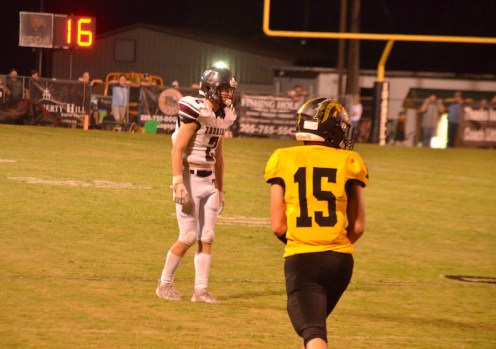 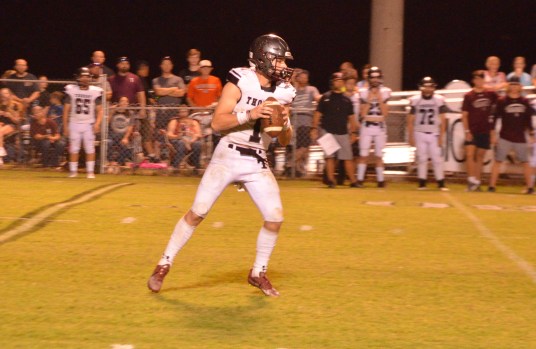 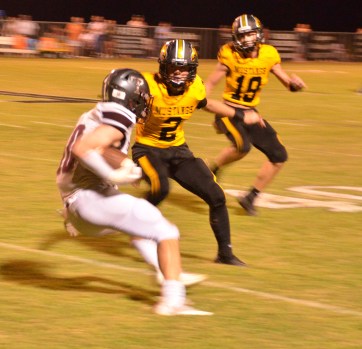 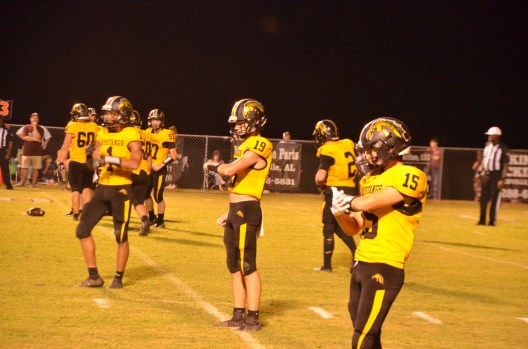 Isabella High School rode a stout defensive effort in the second half to a 59-30 win over Thorsby High School at Bill Nabors Field on Sept. 2.

Isabella quarterback Eli Kendrick went 11-for-14 with 343 yards passing and five touchdowns, four through the air and one on the ground. Kendrick had 27 rushing yards in the game.

“Offense did a great job,” Isabella coach Tate Leonard said. “We are executing at a high level, and that is attributed to the players and assistant coaches. It is unbelievable to win two rivalry games. There is so many emotions in that, and to come out here and do it again, I am just impressed with our guys.”

Isabella and Thorsby went back and forth in the first half in the two schools first AHSAA Class 2A Region 4 matchup of the season. The Mustangs jumped out to an early 6-0 lead on a 20-yard touchdown run by Kendrick. Thorsby gained the lead 8-6 with a two-yard touchdown run and two-point conversion by quarterback Remington Taylor. Kendrick put Isabella ahead at the end of the first quarter 12-8 with a 24-yard strike to DreVon Lee.

The Rebels came right back down the field in the second quarter with Taylor finding Caron Church for an 18-yard touchdown connection to put Thorsby back ahead 14-12.

Kendrick then found his groove. The senior connected to running back Zac Chapman for two touchdown passes in the second quarter — a 70-yard strike and an 81-yard screen pass. He added a 50-yard touchdown connection to Lee in the quarter as well. Taylor and the Rebels punched in eight more points, but Isabella held the 32-22 lead at halftime.

Chapman had three receptions for 157 yards, and Lee grabbed five catches for 161 yards. Chapman added 83 rushing yards to his totals and posted 270 all-purpose yards in the game.

“The good thing about playing two tough games to start the year is you need to be good at the start,” Leonard said. “It is a good test, but it is difficult to do these two in a row with a young team.”

The Thorsby defense came out inspired in the second half and earned a safety to cut the lead to a one possession game at 32-24. Chapman punched in a one-yard touchdown run to extend the Mustangs lead to 38-24 late in the third quarter.

The Mustangs carried their momentum over into the fourth quarter with Chapman getting in the end zone again, this time from two yards out. Isabella’s Braxton Mims had a fantastic final quarter with a three-yard touchdown run and a 70-yard kickoff return for a touchdown.

The Mustangs defense did not allow a Thorsby score until three minutes left when Braylon Carroll found Christian Davenport for a 20-yard touchdown connection. The Mustangs had six sacks against the Rebels in the game.

“Defense did great, and that is another hard offense to defend,” Leonard said.