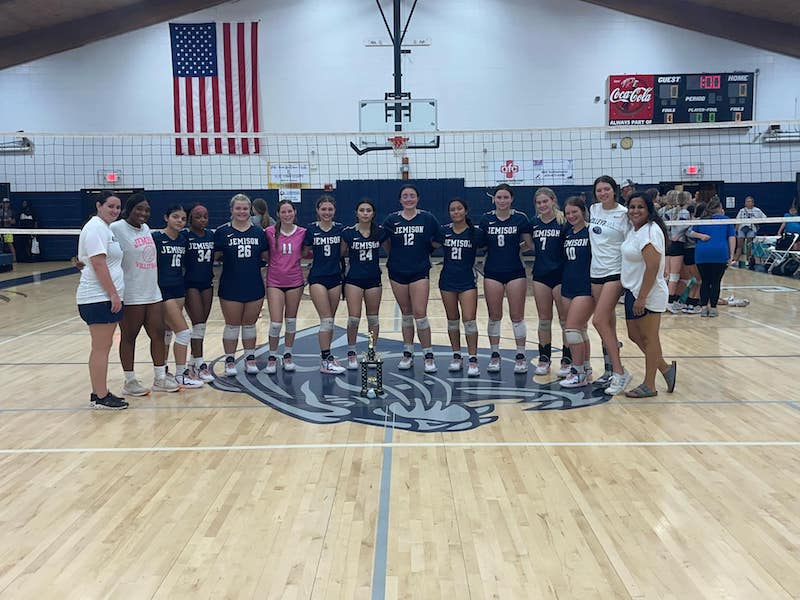 Jemison advanced to the championship game against Rehobeth, the furthest of the three Chilton County high schools competing in the tournament. With the games split 1-1, the Panthers dropped the final set 15-13 to pick up second place in their home tournament.

“My team has come together and played as a team, had a great camaraderie and showed up and showed out,” Jemison coach Melissa Baswell said.

The two pools of teams played three games, one against the other three teams in their pool, in the opening round of the tournament. The first-place teams from each pool moved on to play the second-place teams from the opposite pool.

Jemison picked up 2-0 wins in all three of their pool A games and faced off against Chilton County in the first semifinal. The Panthers won game one 25-21 and game two 25-15 to advance in straight sets to the championship game.

“Sometimes I feel like in regular season games people get comfortable … So, in tournaments you expect the unexpected because you do not know who you are going to get,” Baswell said. “Tournaments are what prepares you for the playoffs, and it pushes you like the playoffs and area tournaments.”

With a key player out for the Panthers, Kyndal Bolton, Harley Genard, Makayla Lang, Kinsley Martin and Emiley Melchor all contributed to help the Panthers to four wins in the tournament.

“(The tournament) helped us with the importance of communication on and off the court, and playing as one,” Chilton County coach Keeley Yeargan said.

Macey Pierce took home all-tournament honors for the Tigers as their standout player. Sara Newton and Kendell Fincher also contribute heavily to the Tigers two wins in the tournament.

Jemison named Martin and Lang as the Panthers all-tournament performers.