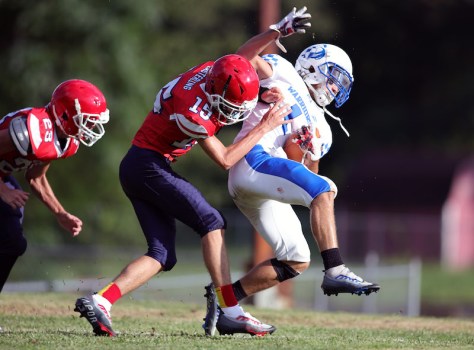 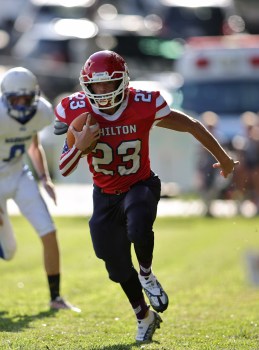 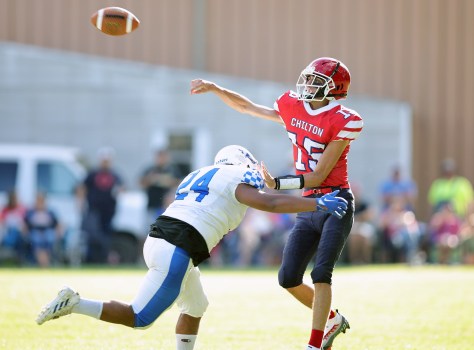 Tucker Easterling stands in the pocket for a pass. (BRANDON SUMRALL | SPECIAL) 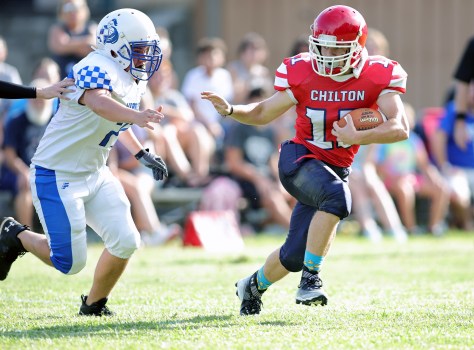 CCA plays six-on-six football, but it is full tackle not flag football. The field dimensions are shrunk down to 80-by-40 yards from the traditional 100-by-50-yard fields. Everyone is eligible to run or receive the ball, but the QB just cannot advance the ball after the snap.

CCA came out and struggled a bit in the first half sitting with a 32-24 deficit at the intermission.

“There were some first-game jitters after practicing for a month for the game, everyone was anxious,” CCA coach Jay Norcross said. “They were ready to play, but when they got on the field, they did not feel it.”

The Patriots have five seniors on the team who play both sides of the ball. They all contributed to a massive second half and had almost 400 yards rushing in the game to power CCA to the 64-54 win.

“At halftime, we made our adjustments, and we talked everything out,” Norcross said. “I told them ‘We are a power and speed team, so let’s go do our job,’ … The senior group got the players together for their speech, and we came out in the second half and overall shut them down. They overcame the first half, and we could not be any prouder of them.”

CCA (1-0) will travel to Clay County Christian Academy on Sept. 9 for their next matchup at 7 p.m.