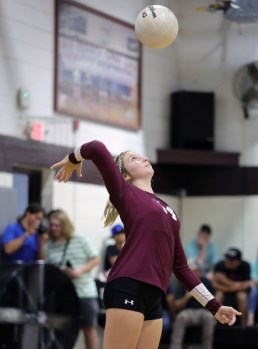 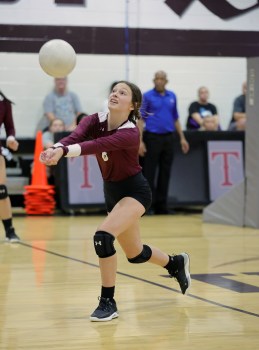 Thorsby High School pulled out two wins on Aug. 25 with a pair of 2-0 wins over West Blocton and Holtville High Schools.

The Rebels played both teams at home, and Thorsby faced West Blocton first. Thorsby powered to a 25-16 win in game one and a 25-11 win in game two to take the match in straight sets.

Morgan Scarbrough posted six digs and had eight assists, and Anna Beth Howell had eight kills and six aces. Brooklyn Reeser added seven assists for the Rebels against the Tigers.

“My girls played their hearts out,” Thorsby coach Brittany Maddox said. “They did amazing.”

Thorsby followed up their win against West Blocton with a straight set win over Holtville. The Rebels won game one 25-13 and game two 25-11 to sweep the doubleheader.

Emily Parker had five digs and seven impactful serves against the Bulldogs. Reeser added five aces to the Rebels totals in front of a packed home gym.

“One thing I loved was all the support we are getting at home games, from parents, cheerleaders, football players, administrators and staff,” Maddox said. “I love how our community is coming together and supporting the Thorsby volleyball program.”

Thorsby bounced back after their 0-2 start to the season to sit at .500 going into an away matchup with Central of Coosa County High School on Aug. 30 at 4:30 p.m.