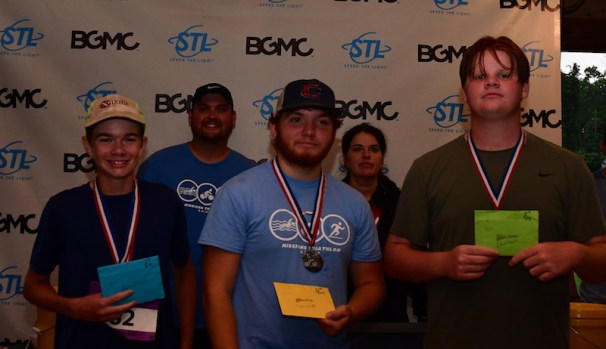 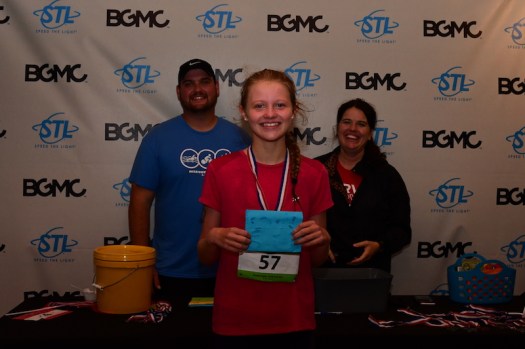 Camille Jones raised the most for missions through her sponsorships. She was also the only girl participant in the girls 12-14 category. (JOYANNA LOVE | ADVERTISER) 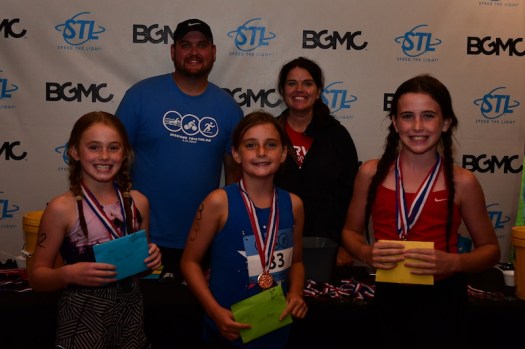 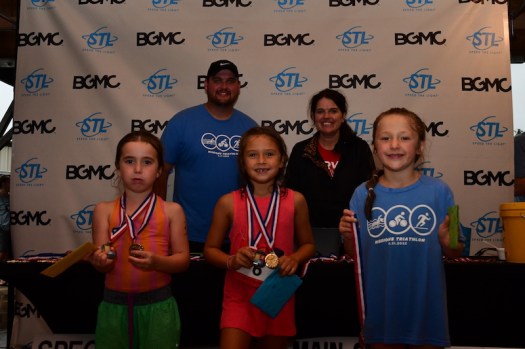 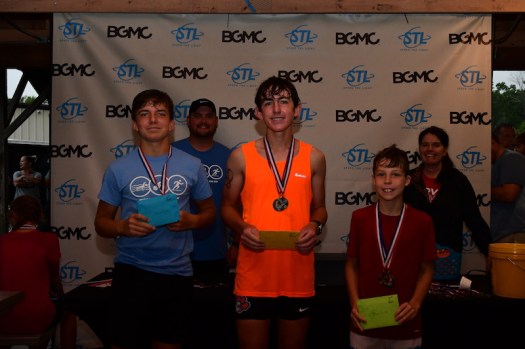 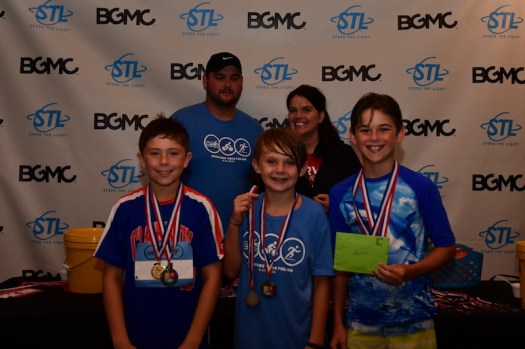 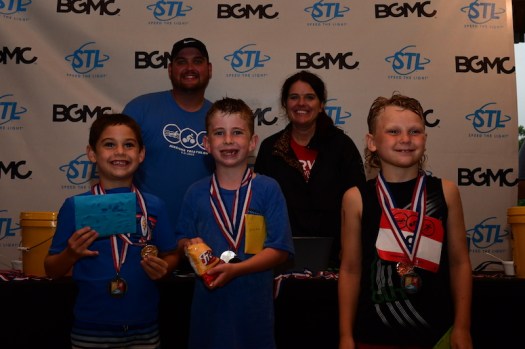 Showers that came through Clanton midway through the Mission Triathlon did not deter youth from finishing the course as they raised money on Aug. 21.

There were 36 participants in this second year of Lomax Assembly of God’s fundraiser for the Boy and Girls Missionary Challenge. This year, a category for older teenagers (15-18) was added, and Speed the Light was included as a second focus of funding.

Boy and Girls Missionary Challenge and Speed the Light are Assemblies of God programs to raise funds for supplies for missionaries.

Cathy Newton, children’s pastor at Lomax, said the event saw an increase in participation this year.

“I enjoy just bringing the families together, having a fun, safe event for the families, reaching out to our community and letting them know what we are doing,” Newton said.

Youth started with the swimming portion at 5 p.m., then completed the biking portion before running to the finish line. The last runner finished up around 6:30 p.m. in the rain.

Donations were still coming in at the event, so a total raised had not been calculated by the end of the day. However, Camille Jones was the participant that raised the most through her sponsorships totaling $1,440. She was also the only girl to compete in the 12-14 age group. Newton said the Jones family was returning to mission work in another country on Aug. 23.

“It accomplishes two huge things in our community,” Lomax Associate Pastor Chris Newton said of the event. “Number one it raises money for missions to tell the gospel all around the world, and then it is a fun event for our kids and our families.”

The commitment of the participants and attendees also meant a lot to the pastor.

Kaleb Yarenko, winner of the 12-14-year-old boy group, said he wanted to participate “to support BGMC and Speed the Light.”

Coming into the event, he thought he had a chance at winning his age group.

He enjoyed the swimming portion the most, while the run was the most challenging. Even though it started raining while he was doing the run portion, Kaleb said the rain did not really impact him.

Lomax Lead Pastor Erron Price said although a triathlon can seem intimidating, the event is really just about having a good time.

“This is a great event to teach young children that they are not too young to make a difference,” Price said. “Their sweat and sacrifice is empowering missionaries to tell others about Jesus.”

It is estimated that 60 volunteers from Lomax AG worked the event.

“They enjoy getting out here and serving their community like this, and we love having opportunities to be able to do that,” Chris Newton said.

Clanton police and fire departments were on hand to help everyone stay safe.