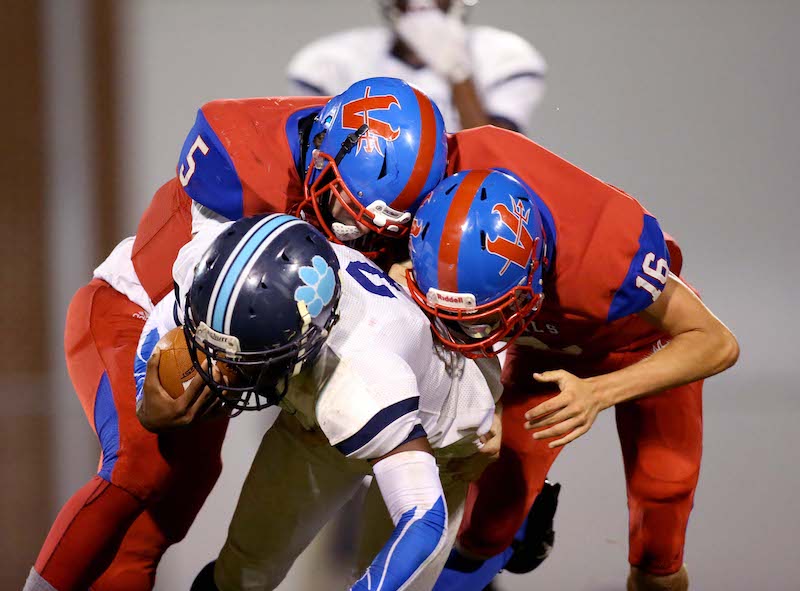 In 2021, Verbena High School missed out on the AHSAA Class 1A state playoffs by just a hair. In 2022, the Red Devils are determined to get there and began their quest with a 36-8 road win over Central of Coosa County on Aug. 19.

The Verbena defense got things started early earning a safety just two minutes into the game to make it 2-0.

“We played well on the defensive side of the ball, and they trust each other,” Verbena assistant coach Gehrig Douglass said. “Nate Morris was a big difference maker for us.”

Morris was a disrupter at defensive end for the Red Devils having a few sacks and many quarterback pressures throughout the game.

From there, Verbena used a run-heavy attack against Central. Johnathan Marino converted a three-yard touchdown run in the first quarter to give Verbena an 8-0 lead after the failed two-point conversion.

Central of Coosa County tied the game with a touchdown pass and two-point conversion on their ensuing drive, but that lead lasted just a few seconds.

Verbena’s D.J. Jackson took the ensuing kickoff 79 yards for a touchdown to regain the lead for the Red Devils, 16-8, at the end of the first quarter.

Verbena’s Lance Edwards and Jackson each added touchdown runs in the second quarter, and a Jarod Quinn two-point conversion gave Verbena the 30-8 lead at the break.

Jackson carried the ball seven times for 118 yards and a score while Quinn rushed for 92 yards on eight carries. Jacob Morris added 81 yards on seven carries to the Red Devils rushing totals.

“We have a strong offensive line this year with five guys who really gelled together well,” Douglass said.

First-year lineman Briar Butler was a standout on the line last night, according to Douglass. Verbena posted just over 350 rushing yards against Central.

Zion Smith punched in a 17-yard touchdown run in the second half to bring the final tally to 36-8. Caleb Short had an interception for Verbena in the game.

“We live each day 1-0,” Douglass said. “We know the guys are jacked up about starting the season off with a win, that is always our goal, but we are trying to get to the playoffs this year.”