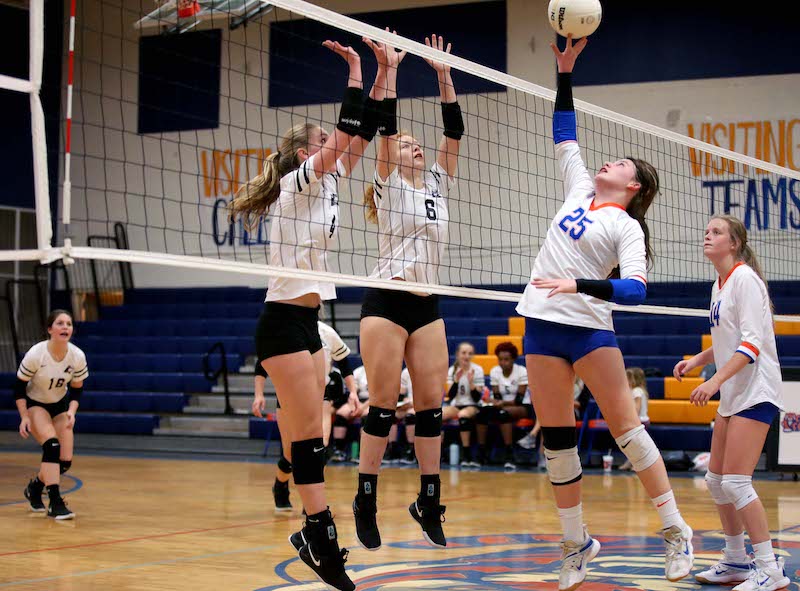 Nets, digs and rallies are about to sweep across Chilton County gyms again this fall with volleyball season on the horizon for all six high schools.

Some programs are looking to build on solid 2021 seasons while other are looking for traction, and what better way for that than a clean slate to start a season.

Both Isabella High School and Maplesville High School won their area tournaments last season. The Mustangs went 13-6 in route to winning the AHSAA Class 2A Area 6 title over Fayetteville High School. Isabella advanced to the second round in the regional tournament with a 3-0 win over Cottonwood High School but fell in their next game.

The Mustangs begin their quest to retain their area title on Aug. 23 against Jemison High School.

Maplesville posted a 16-5 record and went 5-0 in AHSAA Class 1A Area 7 play and won the area tournament over Billingsley High School. The Red Devils beat Choctaw County High School in straight sets in the first round of the regional tournament but lost in the second round.

Maplesville began their 2022 season on Aug. 18 with a win over Keith High School.

Thorsby High School and Jemison both got their seasons underway on Aug. 18 as well with two teams facing off. Jemison took down the Rebels to get their season off on the right foot.

“I am just really excited about the returners we have with nine seniors, and we are really dependent on them,” Jemison head coach Melissa Baswell said.

Some of those seniors like Jaclyn Lowery, Kinsley Martin, Makayla Lang and Kyndal Bolton are some of the ones the Panthers will lean on for leadership this season.

The Panthers were 16-13 last season and fell to Elmore County High School in the final of the AHSAA Class 5A Area 6 tournament. Jemison looks to get back to the Class 5A south regional tournament in 2022.

Chilton County High School will look to bounce back from their 2021 campaign in a tough AHSAA Class 6A Area 6. The Tigers dropped each of their six area games last season but look to build their success with the help of head coach Keeley Yeargan.

Verbena High School will get their season underway against Autaugaville High School on Aug. 23.