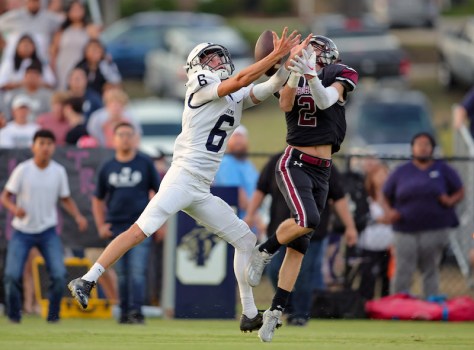 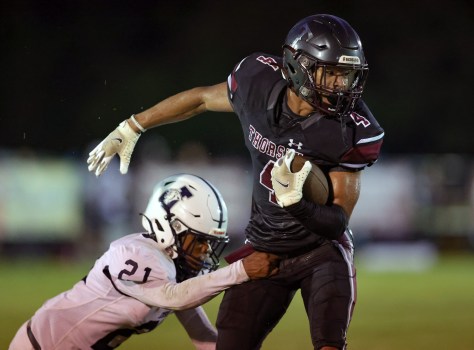 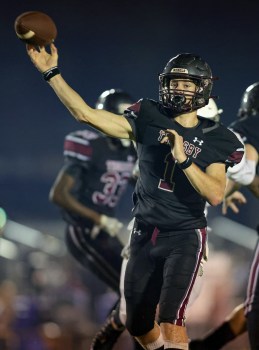 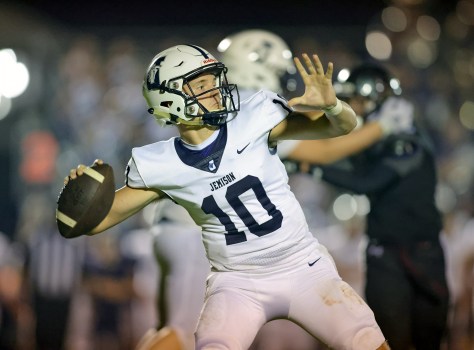 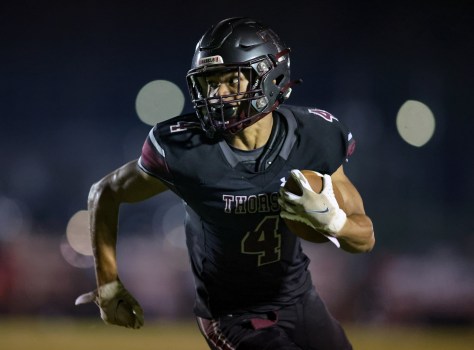 The Thorsby High School Rebels got their 2022 football campaign off on the winning foot beating Jemison High School 44-33 on Aug. 18.

Thorsby senior quarterback Remington Taylor went 11-for-18 with 180 yards and one touchdown through the air. Taylor added 168 yards on the ground on 15 attempts and punched in two scores.

“That game showed a lot of character from our guys,” Thorsby head coach Daryl Davis said. “We got hit in the mouth, but we stood our ground and came back … Our quarterback played a big game, I am proud of him.”

Jemison jumped out to a quick lead in the first quarter with quarterback Jaxon Padlo finding Coden Cummings for a 69-yard touchdown connection. The ensuing Panthers drive saw running back Efrain Villeda punch it in from two yards out to make it 12-0 Jemison with 3:42 left in the first quarter. Both point after attempts were no good. Padlo went 7-for-15 for 183 yards and one score for the Panthers in the game.

The Rebels responded in a big way scoring 28 unanswered points the rest of the second half. Taylor found Caron Church on a 13-yard touchdown connection followed by a two-yard touchdown run by Nate Thomas to give the Rebels a 14-12 lead. Church caught four passes for 65 yards and a score in the game.

Taylor added a 10-yard touchdown run and a 22-yard touchdown connection to Grayson McManus just before halftime to put Thorsby ahead 28-12 at the break.

Thomas had 12 rushes for 72 yards and two touchdowns, and McManus caught two passes for 48 yards and a score. Thomas added two catches for 22 yards to his totals.

“I was trying to assure them that the game was not over, and we had plenty of time to play,” Taylor said. “This win will give us a major boost coming into practice next week. We feel brand new basically knowing we are 1-0 and not 0-1.”

Jemison came out in the second half with the same intensity as the first with A.J. Ford taking a 44-yard run for a score to cut the Thorsby lead to 28-20 after the Villeda two-point conversion.

Cummings got in the end zone again, this time on a two-yard run to cut the Rebels lead to just two points, 28-26 with 4:14 left in the third quarter.

The momentum was dashed quickly as Taylor broke off a 63-yard run for Thorsby and a two-point conversion made it 36-26 Rebels.

Villeda punched in his second score of the game in the middle of the fourth quarter to keep Jemison alive down 36-33 with six minutes left. Villeda rushed 16 times for 72 yards and two scores.

The Rebels were able to utilize the rest of the game clock and drive down for a Thomas three-yard touchdown run with 1:31 left to make it a 44-33 final.

“This is huge for us, beating a larger opponent in big brother up the road for two years in a row, it is just huge for us,” Davis said.

Thorsby’s Braylon Carroll and Jemison’s Josh Glass each had an interception in the game.