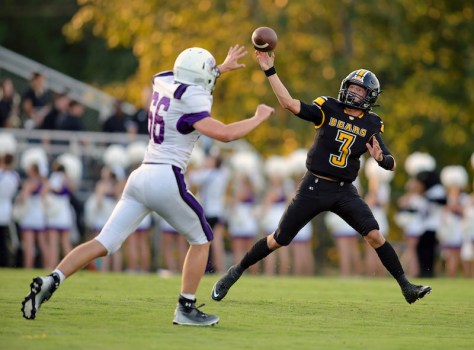 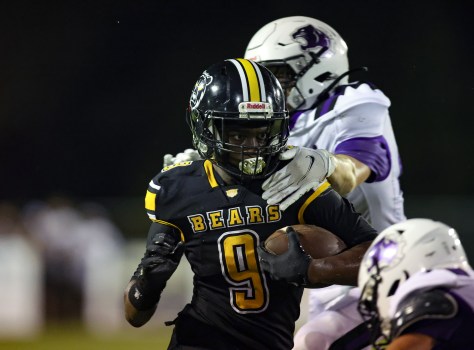 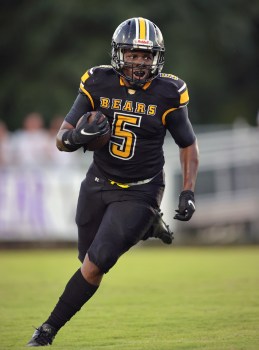 Randriquis McCary carried the load on the ground for the Bears. (BRANDON SUMRALL | SPECIAL) 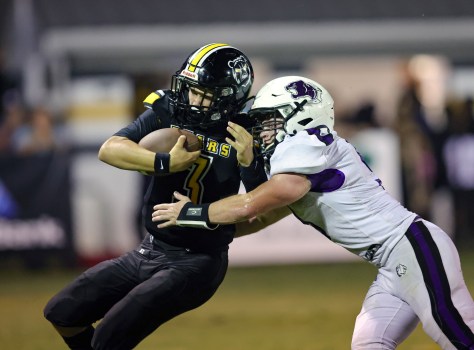 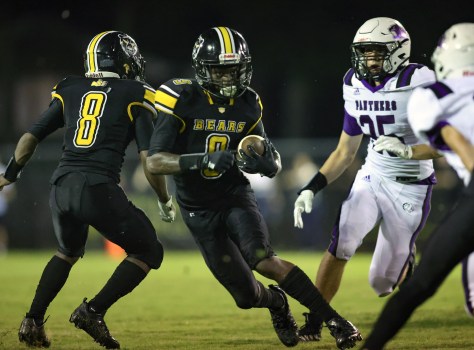 Billingsley High School could not contain the run on Aug. 19 that led to Prattville Christian Academy winning the season opener 25-14 over the Bears.

Prattville Christian held a 12-8 lead at halftime and came out with the same physicality they showed in the first 24 minutes. Panthers running back Brooks Bius punched in a one-yard touchdown run to push the lead to 18-8 after the missed extra point.

Bius added a six-yard touchdown run in the middle of the fourth quarter to make it 25-8 Prattville Christian after the successful extra point.

“I thought we played hard all night, but we were out of position a lot,” Billingsley head coach Lanny Jones said. “They manhandled us in the box, that is just the truth … At the end of the day, they just really beat us inside the box.”

Billingsley was battling a shorter bench with some players ineligible or out for the game.

With the Bears down 25-8, quarterback Landon Jones led Billingsley down the field in four plays, capped by a 31-yard touchdown pass from Jones to Nathan Gilmore.

Landon Jones went 7-for-12 in the game for 79 yards and one touchdown and added 32 rushing yards to his totals. Gilmore caught two passes in the game for 34 yards and the score. Senior wide receiver Z’Londre Tyus led the Bears receivers with three catches for 39 yards.

The Bears recovered the ensuing onside kick attempt, but two sacks derailed their drive, and Prattville Christian took over on downs to close the game out.

“We have to create some depth and get into better shape, and going into an off week gives us a chance to find those fits for us,” Lanny Jones said. “We will not do anything that is game planning for our next opponent this week, it will be all fixing Billingsley football.”

Billingsley responded on their ensuing drive going 59 yards in eight plays capped by Randriquis McCary converting from 11 yards out. The Bears 2-point conversion attempt was good to put them ahead 8-6.

Billingsley posted six first downs in the first quarter, and McCary carried the load on the ground going for 63 yards on 12 rushes and one touchdown. McCary had 11 tackles to lead the Bears on defense.

“I thought we ran the ball really well at times,” Lanny Jones said. “We just need to find a way to convert on those short fourth down plays.”

Billingsley (0-1) will be off next week while Prattville Christian will host Thorsby High School.