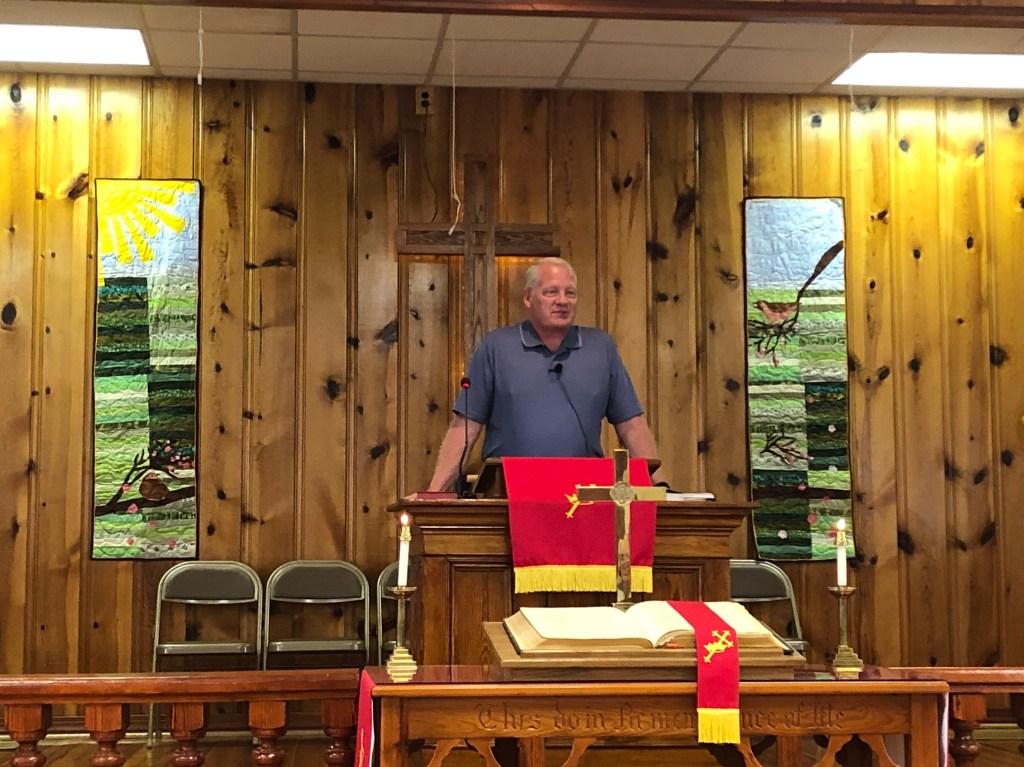 Originally from Marion County, Guin and his family first moved to Chilton County when he was stationed at Maxwell Air Force Base as a chaplain.

Guin said when he was getting ready to retire from the Air Force, he was looking for a ministry opportunity close to home.

“I was hoping that there would be a United Methodist Church somewhere close to Chilton County that would open up as I retired because I did not want to have to move again,” Guin said. “… My wife (Sandy) and I did not want to move again. We’ve moved about 17 times in our marriage, and we were just tired of moving.”

Rocky Mount’s pastor retired in 2012, and Guin became the pastor in June. He said the size of the church was a good fit.

“I love the people, and I love preaching there,” Guin said.

A highlight of the past 10 years was the recognition the church received when it opened a gun range in 2015.

“We made national news,” Guin said.

“It’s very, very unique,” Guin said. “We were one of the only churches in America to do this, now there are more churches since then that have caught wind of our experiment, and they decided to try it, too.”

To celebrate a decade of Guin as their pastor, the church held a special singing and barbecue, which is one of his favorite foods as well as gave him cards and letters.

“We just had a great time of fellowship following church,” Guin said.

Guin’s Air Force career began well before he was a chaplain.

“I had spent four years in the Air Force as an aircraft maintainer in the 1970s, and I met a chaplain on the base that became a mentor for me, Tom Shreve,” Guin said. “Eventually, Tom introduced me to his daughter, who is now my wife.”

Guin said he had once thought about going into the ministry before he joined the Air Force, but he had not given it serious thought.

Later, after talks with Shreve, Guin felt that God was calling him into ministry.

He completed his bachelor’s degree in about three years while with the Air Force.

After leaving the Air Force, he attended seminary at Emory University. He served in churches in Alabama for six years before returning to the Air Force as a chaplain in 1990.

Together, Phil and Sandy have adopted 10 children, four from Korea, three from The Philippines, one from Brazil, one from New Jersey and one from South Carolina. While all are now adults, five are still in Central Alabama.