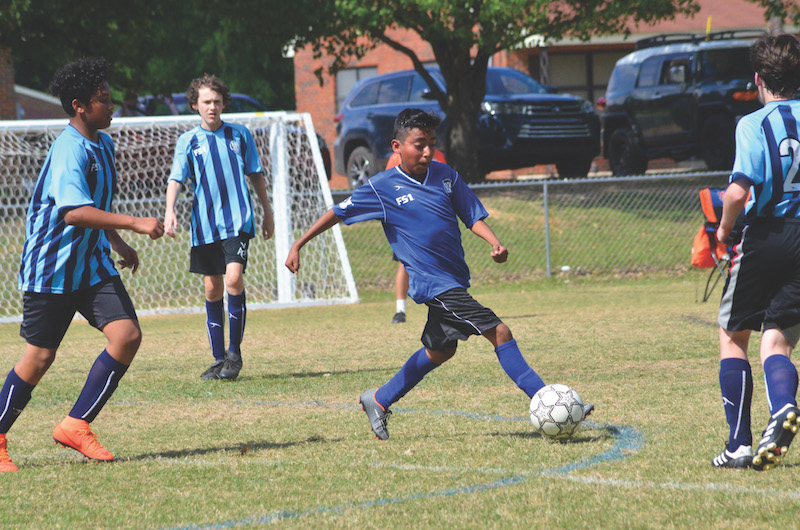 The American Youth Soccer Organization is holding registrations for the fall season at the YMCA of Chilton County. (FILE | ADVERTISER)

The American Youth Soccer Organization is partnering with the YMCA of Chilton County again this fall to bring a soccer league to Chilton County.

Registration for the upcoming fall season ends on Aug. 19, and those interested can sign up at https://ayso.bluesombrero.com/region1642.

“The great thing about our community soccer program is you get to know the families that play in it,” Rebecca Corley, regional coordinator for AYSO soccer, said. “You really get to know the kids.”

Corley said the league is actively looking for coaches for teams as well.

“It is hard in a rural area like ours, we do not have a lot of soccer (background) knowledge,” Corley said. “You have a lot of parents who have never played, but want to coach and they learn along the way, too.”

Coaches do not have to have a child playing on a team to be a coach. A background check is mandatory, and training will be provided to those new to coaching soccer. In the past, coaches have learned the game of soccer as the AYSO season progresses, according to Corley.

Parents or adults interested in coaching can contact the YMCA of Chilton County, and they will put them in touch with Corley.

Corley has seen how big the soccer scene has grown in Birmingham and Montgomery in recent years. She said she knows some Chilton County soccer players who travel to other regional cities to play club soccer. With the help of the AYSO this fall, Corley hopes to continue to expand Chilton County’s interest in the sport.

“It is about getting kids plugged in so that they will love the sport,” Corley said. “It is up and coming, and I think it will continue to grow, but we are not where I want it to be yet.”

The AYSO holds a soccer league every spring and fall in conjunction with the YMCA of Chilton County. While the spring seasons are normally busier, Corley said the number for the fall season has grown each year the past few seasons.