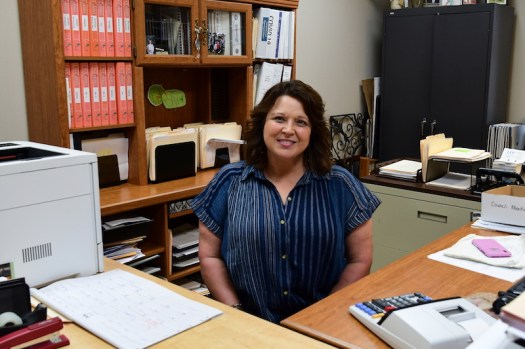 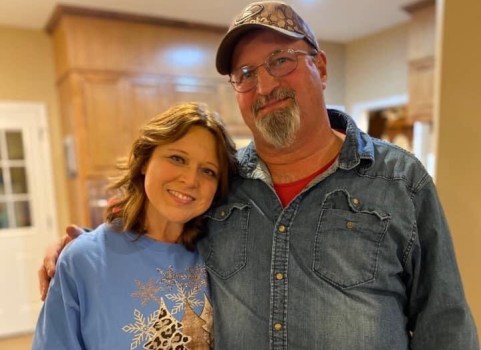 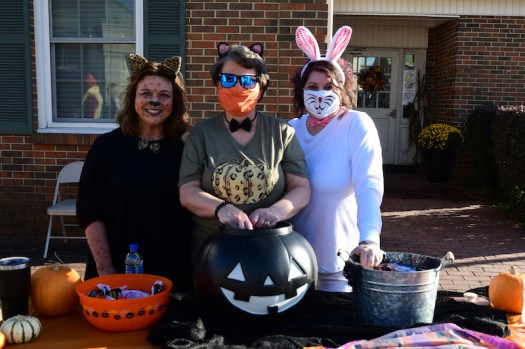 Dawn Smitherman with town hall co-workers at the 2020 Treats on Main. Helping start the annual event is one of her proudest moments at town clerk. (FILE | ADVERTISER)

PHOTOS BY JOYANNA LOVE AND CONTRIBUTED

Maplesville has been home for town clerk Dawn Smitherman for the majority of her life.

In the front office of town hall, she keeps things going from processing payroll for employees to answering community members’ questions and processing business licenses.

“We don’t have a typical day,” Smitherman said.

Some days the to-do list she has made for herself gets superseded by things that come up needing immediate attention.

“The only thing that is set in stone is Thursday is payroll,” Smitherman said.

Budget season is always a busy season for her, but these days the business of the government office seems more constant.

“There is not really a dead time anymore,” Smitherman said.

She said notes and leaving unfinished things on her desk are helpful in helping her combat her ADD and stay on task in a position that naturally includes multiple interruptions a day.

Meeting new people is what she enjoys most about her job.

“Even though I have lived here all my life, there are still some people around here that I didn’t know … and then meeting other people from outside that come in,” Smitherman said.

She has called the town home for all but one or two years of her life when she was a child and her family moved to Jasper.

Smitherman’s previous jobs gave her a good foundation to be a town clerk.

Smitherman had worked in a bank and the Clanton hospital. When the hospital closed, she went to work as the receptionist at Bibb Medical Associates in Centreville. Later, she worked in the medical office’s billing department.

In February 2014, she was able to come back home to work when she was selected as town clerk.

Smitherman had heard about the position from her husband James who had seen the posting at town hall while paying the water bill.

“He was the one who was excited and came back and told me because I wouldn’t have to drive,” Smitherman said. “At the doctor’s office, you never knew when you were going to leave, if patients ran over. I was the receptionist so I had to stay, and he didn’t like me being on the road in the winter sometimes at dark.”

She has thoroughly enjoyed not having to commute for work. She lives close enough that she has sometimes gone home for lunch.

However, the position is not just work behind a desk, as Smitherman is a part of teams coordinating holiday decorations for the main street.

She said her greatest accomplishment during her tenure has been establishing Treats on Main as a Halloween tradition.

“Me and Diane Chapman … we started that,” Smitherman said. “We were looking at doing something like other towns do.”

The event features community businesses, churches and residents handing out candy and other treats along the street the town hall is on. The street is closed for a few hours for the event.

She feels the greatest accomplishment for the town as a whole since 2014 is the establishment of a second storm shelter.

With the addition of this shelter, more residents will have a safe place to go in inclement weather.

The importance of such a shelter for the town was highlighted to Smitherman in 2012 when her son’s trailer was destroyed. He was at Smitherman’s house when it happened.

The town has been through its fair share of inclement weather in recent years including tornadoes and remnants of Hurricane Zeta.

Living and working in the small town means the majority of the town knows Smitherman and will reach out directly with questions and concerns.

On weekends, Smitherman said she “loves to go fishing with my husband” on Lake Mitchell or Lake Jordan.

She enjoys the company and the peaceful atmosphere — as well as the lack of cell phone service.

“I started doing that because my mom in her later life … she started fishing with my dad,” Smitherman said. “They would go down to the coast … and she said it was something they could do together, so that is how I actually started doing it … never realizing that I would really like it.”