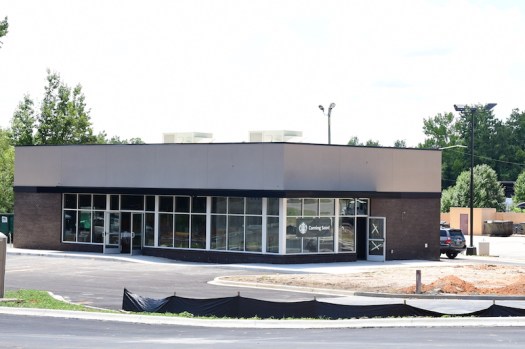 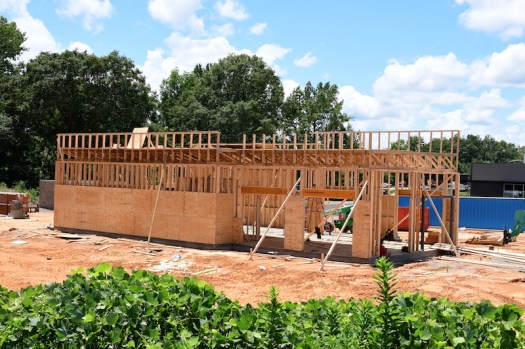 The future homes of Starbucks and Milo’s Hamburgers in Clanton near Interstate 65, Exit 205 are taking shape with one building nearly complete.

“The site looks great,” Michael Delaney of Delaney Property Group, developer for the buildings, said. “We filled in a big hole, and we will have two new … stores there that are tax revenue producers.”

Construction on the Starbucks building is almost complete with electrical being one of the final aspects to complete.

Delaney said the company is waiting on an electrical panel, but he is unsure when it will be delivered.

“Ideally, they wanted to open before the end of this month, but I am not sure if that is going to happen or not,” Delaney said.

The building has already been turned over to Starbucks to begin interior preparations to open. A coming soon sign had been hung on the building with the Starbucks logo.

Inquiries submitted to Starbucks for an estimated opening date have not yet been returned.

Starbucks will rent the building from Delaney Property Group. DPG has an agreement with the city of Clanton to receive half of the sales tax revenue Starbucks generates for up to 10 years or a monetary cap of $150,000, whichever is reached first. The building project has been estimated to be a $500,000 investment.

DPG is also the developer for the future Milo’s building that is being constructed on adjoining property. This project is being built without tax incentives. The ground utilities are in and the walls are going up.

“We are moving along,” Delaney said. “I think we are on schedule there for a late October turnover, and I think their goal was to try and get open by the end of the year.”

DPG plans to further invest in Clanton by bringing another business to the property behind its current projects at a later date.