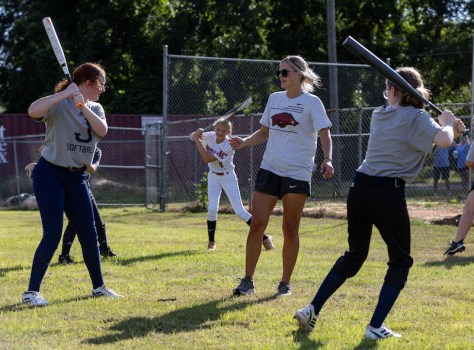 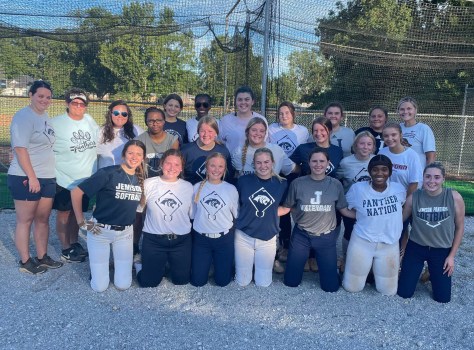 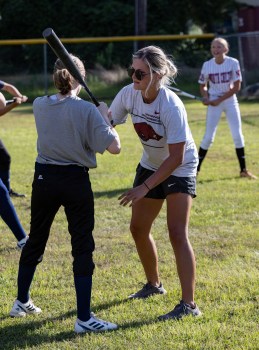 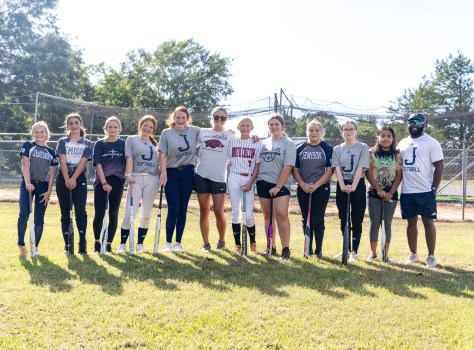 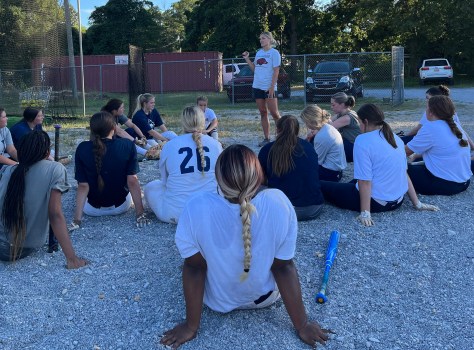 Sides, who was named the 2022 SEC Player of the Year, helped both the high school JV and varsity teams and the middle school teams with their approaches at the plate.

“It was really nice, just having her there we were so thankful she was able to come out and help us get better,” Jemison coach Leighsa Robinson said. “I think every kid that came got something from the camp that they will be able to take back with them and make them a better hitter.”

The middle school had a contact with Sides and asked Robinson if the high school teams would be interested in doing the camp as well. Robinson jumped at the opportunity to get her players to work with Sides.

Sides focused on hitting the entire camp and discussed different ways the Panthers players can be effective at the plate.

“She touched on a lot of contact through the swing, and using your lower body as much as your upper body,” Robinson said.

Sides, who played at the University of Alabama from 2018-2021, transferred to Arkansas for her final college softball season in 2022. In college, Sides was named an All-SEC First Team selection in 2022, to the All-SEC Defensive Team in 2021 and nominated to the 2019 SEC All-Tournament Team.

Rising senior Kinsley Martin was a fan of Sides and watched her closely during her time at UA. Martin told Sides she messaged her on social media because she thought it was cool they both wore number eight on the softball field.

Sides was hopeful she responded, which Martin assured her she did.

“It was really neat for her to get to meet her,” Robinson said.

Robinson, who took over as head coach at Jemison a few months ago, has lived in Jemison all her life and played softball at the high school. She coached at Jemison for 13 years and spent 2016-2020 at Thorsby.

She said Thorsby was really great to her, but Jemison was “the opportunity to come home, and I took it while I could.”

“When we finished the camp, we said the Panther Creed, and I could say it automatically. Without hesitation, I knew it,” Robinson said. “When you can recite your alma mater, you know you are home.”

Fundamental softball is what Robinson said she is looking forward to working on the most with the players preparing for the 2023 season. Sides assistance at the camp put an emphasis on Robinson’s focus by helping with the hitting fundamentals at the plate.