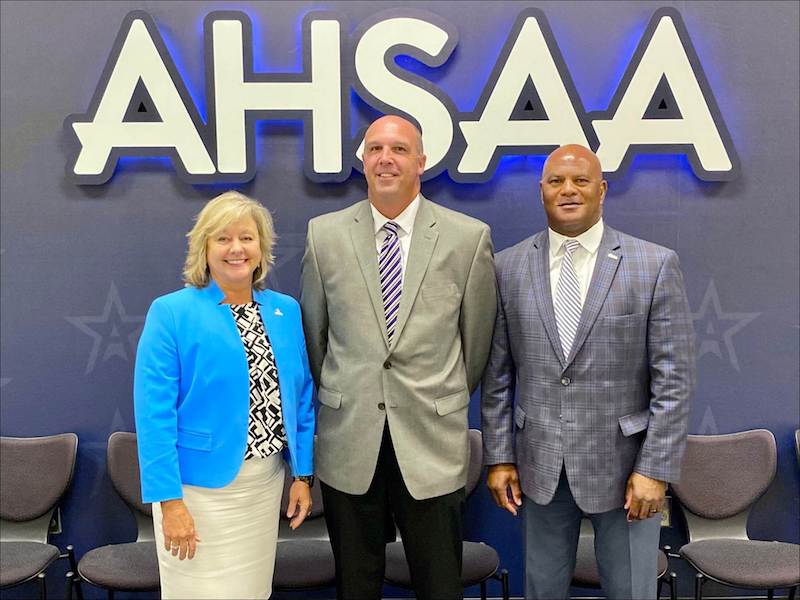 Former Billingsley High School athletic director James (J.T.) Lawrence was named AHSAA assistant director at the annual AHSAA summer meeting on July 27. Lawrence was approved by the AHSAA Central Board at the meeting.

According to a press release, Lawrence will be “working with professional development, special programs and marketing as well as assisting in sports management.”

“We are extremely excited to have J.T. join the AHSAA staff. He has an outstanding reputation as a teacher, coach and administrator. He has volunteered his time with the AHSAA for many years and has always been willing to help us wherever he could,” Alvin Briggs, AHSAA executive director, said in a press release. “His experience as an athletic director stands out. He has a strong understanding of our schools’ needs and a willingness to help others. We look forward to big things from him at the AHSAA.”

He returned to his alma mater in 2001 and compiled 21 years of teaching, coaching and athletic director experience over the next two decades.

Lawrence was promoted to the athletic director at Billingsley in 2011 and held that position until taking the AHSAA job.

He coached many sports at Billingsley including football, track, basketball and softball. In, 2016, Lawrence was named the Class 1A Coach of the Year by the Alabama Sportswriters Association.

“I am thankful and grateful to Mr. Briggs for this new opportunity … I will miss seeing the kids every day (at Billingsley). Billingsley is a K-12 school which allows you to build strong relationships with the students. That has been very special,” Lawrence said in a press release. “When the job opportunity came open, I felt like it was something I would like to do. I know all the staff well, and I feel like there are some other challenges I would like to take on. I look forward to my new role.”