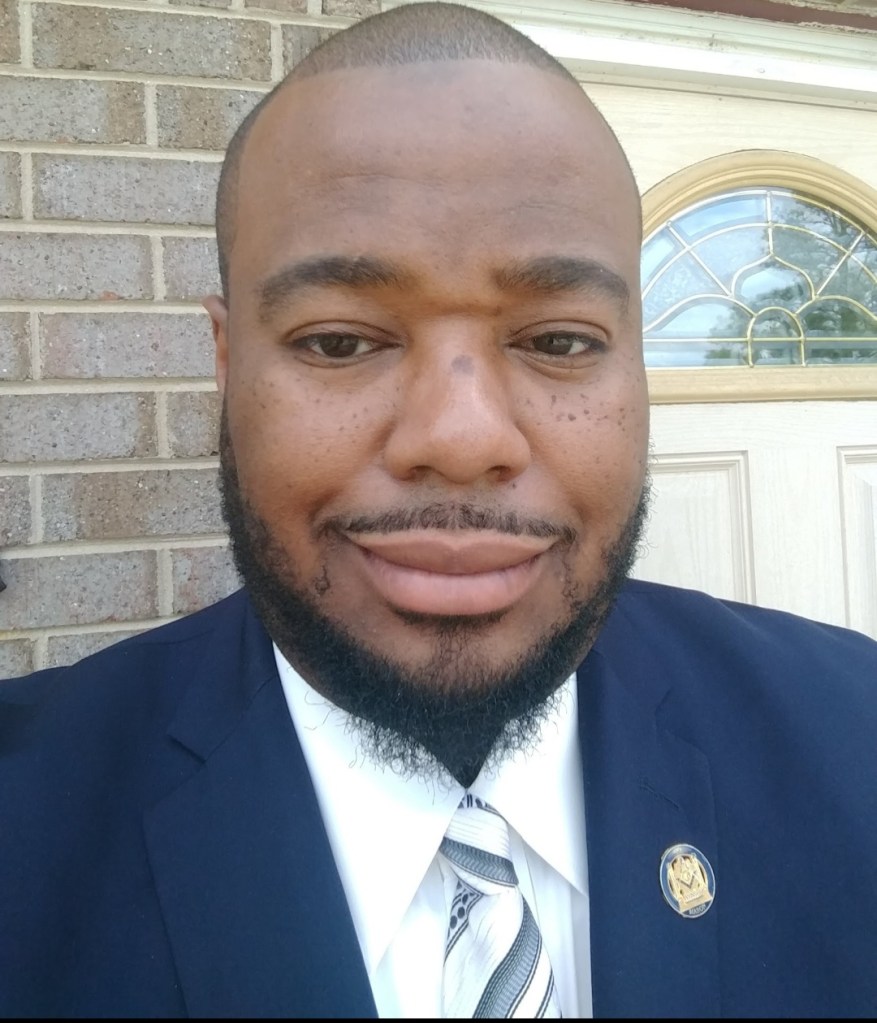 Editor’s Note: This story originally published in Faces and Places 2022. Copies are available at The Clanton Advertiser office, 1109 Seventh Street North in Clanton.

Awlahjaday Agee recalls looking out the window of his parents’ home as a boy and observing the goings-on at Agee Brothers Funeral Home next door. From behind the glass, he developed a curiosity which would eventually turn into a calling to not only take part in the family business but also to become a community leader.

Awlahjaday is the youngest of seven children, and his parents, Bobby and the late Emily Agee, were the president and treasurer-secretary of Agee Brothers, which was founded in 1975. His great-grandfather, Jack, served as vice president. At the age of 8, Awlahjaday’s curiosity was finally rewarded when his dad decided to show him around.

“Curiosity got me into the business,” he said. “Watching and looking out the window, I always noticed that there would be a lot of people coming in and out of this building, and my dad would come to this building and say, ‘Hey, this is where I work.’ So just being curious and wondering what goes on in that building. So, one day, he got me and brought me down, showed me around and just showed me how things work and things operated, and I’ve been here ever since. He was amazed that I wasn’t frightened or scared.”

Awlahjaday soon was allowed to ride in the hearse and go to funerals, where he would serve as an usher and pass out programs. He always had a desire to learn about the business, which at its heart is about being a servant.

“We meet people, and we help people at their darkest and (most) difficult times, and just being able to provide some type of reassurance or comfort to a grieving family — that’s one thing that makes me want to continue to do this job,” Awlahjaday said. “I kind of also say that I feel like it’s a ministry and a calling. A lot of people think that they can do this job. You know, they might look at it and say that it’s an easy job or it’s a simple job, but it takes a special person to do it because it takes a lot out of you mentally and physically. You have to definitely have a mindset, and you have to have an anointance to be able to do what we do.”

By answering what he perceived to be a calling, Awlahjaday helped fulfill his father’s vision for Agee Brothers, as it was Bobby’s dream for the family to maintain ownership of the business hence the name “Agee Brothers.”

Through his experience, Awlahjaday has found that the needs of each family come first.

“No two families are alike — everyone is different, and everyone’s needs may be different,” he said. “One family might require a lot of hands-on guidance, and another family might not require that. You just have to know your clientele and be able to go with the flow.”

The same is true for those who serve in a political office, just as Bobby did for years as a Chilton County commissioner. Again, the young Awlahjaday watched as his dad took phone calls and met with concerned residents, all the while wondering if he would want to be the one in that position.

In 2003, Awlahjaday began serving as a deputy coroner under Coroner Randy Yeargan, and was appointed to take Yeargan’s position in 2014. He was the youngest coroner the county has had, taking the position at the age of 26. He was also the first African-American to serve in that position.

“It was definitely a learning experience because it is a lot that transpires and happens from a person passing away up until the time that they get to the funeral home of the family’s choosing,” he says. “So being exposed to that, that really opened up my eyes to a lot. I was able to kind of get an idea of death full circle.”

In 2016, Awlahjaday was elected to represent District 4 on the Clanton City Council. He was 28, making him the youngest person to be elected to the District 4 position. Prior to being elected, he said he had two distinct visions — one of being in the council chambers and another of himself participating in an active meeting.

“I kept having visions of different things, and serving on the council was a vision that kept coming to me, so I feel like God kept giving me this vision that, ‘This is where I want you to be. You are already a servant to the people, but I want you to do more,’” he said.

Unbeknownst to Awlahjaday at the time, while serving he would face the biggest health care of his life in 2020.

On June 24, he was in the middle of a business call when he started experiencing frightening symptoms.

His first thought was that he was having a stroke. Awlahjaday started to lie down to try to feel better but convinced himself to go to the emergency room, where medical personnel ruled out a stroke and heart problems. He was transferred to St. Vincent’s in Birmingham where doctors thought he had a rare blood disorder called TTP (thrombotic thrombocytopenic purpura) because of his platelet count.

TTP causes blood clots to form in small blood vessels throughout the body, compromising the oxygen in the blood.

“Normally platelet range is like 150,000 (per microliter of blood) or higher; mine was below 10,000 at that particular time,” Awlahjaday said.

A special test was required to confirm the diagnosis, but his life was at risk and doctors could not wait the three to five days to get test results. So, they started actively treating him for the disorder that day. A couple of days later, the diagnosis was confirmed.

In all, he spent 10 days in the hospital and was treated via plasma exchange and over the course of about six days. He was treated with Rituxan therapy, which is commonly used alongside chemotherapy to treat cancer, but is also used in the treatment of TTP.

“Now it is in remission,” Awlahjaday said, noting that the mortality rate for TTP is up to 95 percent if it goes untreated, and many people do not survive the initial attack.

“The doctors and everyone definitely say that I’m extremely blessed, and it is a miracle that one, that I got somewhere where I needed and two, that I even had symptoms,” Awlahjaday said. “A lot of people don’t show any symptoms of TTP.”

Awlahjaday admitted that he initially wondered why, or how, he survived TTP when many others do not. But as he continues to serve, those questions have faded away into faith, which is something he carries with him everywhere.

“Ultimately, something came over me, well, you know, I just started remembering that God’s will is always going to be fulfilled, and God has a purpose for you and God has a calling for you, so evidently your mission or your assignment is not complete,” Awlahjaday said. “There’s still more that God sees fit, that God wants you to do. I’m extremely blessed. I realize that I definitely count my blessings every day.”