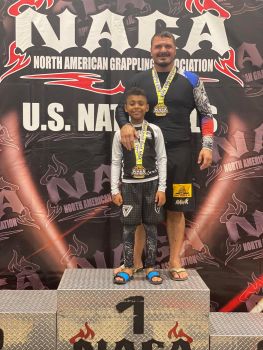 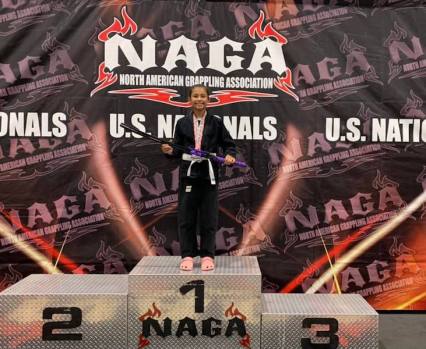 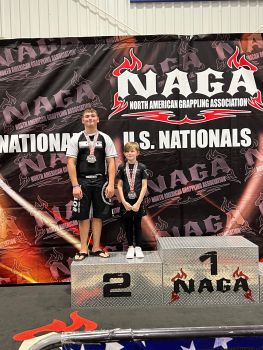 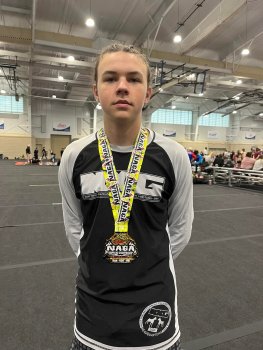 Seven members of the NXG Combat Sports in Clanton earned medals at the North American Grappling Association National Championships in Foley on July 23.

NXG collected 49 medals (26 gold, 16 silver and seven bronze) overall at the national championships, and Chilton County residents were responsible for 12 of the medals.

“Overall, we had a pretty good showing across the board, but definitely some of our Clanton members are starting to stand out very well,” chief instructor at NXG-Clanton Michael Bateman said. “That is something we take pride in since how new we are in the area in developing people at a high-level in a short amount of time.”

Lucas Kuykendall took home two medals in the adult super heavyweight division — a gold medal in the No-Gi division and a silver medal in the Gi division. Kuykendall is also a coach at NXG along with Josh Hubbard, Devin Scott and Justin Rich who assisted Bateman in preparing the athletes for the national championships.

Female competitors from Chilton County were well represented in the national championships as well with Natalie Bloom winning two medals in the beginner youth group. Bloom won the gold medal in the Gi division and the silver medal in the No-Gi division.

The 2022 national championships were broken into two divisions — Gi or No-Gi. The Gi is a traditional garment worn by karate practitioners, and the Brazilian Jiu-Jitsu divisions offer one with the garment on, and one without it. Then, the divisions are broken into three age groups: adult, teen and youth. Those groups are then broken into skill level divisions from amateur to intermediate to advanced.

Competitors earn points with takedowns and pins like tradition scholastic wrestling, but the different submission techniques are where the Brazilian Jiu-Jitsu comes into play. A competitor wins by accumulation of points or by forcing their opponent to surrender using a submission.

NXG Combat Sports is a 13-year old organization that was started in Montgomery in 2009. The Clanton location opened its doors in April 2021.The gym focuses on mixed martial arts training such as striking, kickboxing and Brazilian Jiu-Jitsu.

Bateman said the rise of popularity in grappling in Chilton County has contributed to the success of the competitors. Clanton competitors have the option of traveling to Montgomery to train with competitors there in order to get better and see different techniques.

“We try to provide an environment where people from a variety of different backgrounds can just come be one together — One team, one machine,” Bateman said. “It all helps spawn and build the environment. I feel like if you put the right coaches in the right environment, then you are going to get motivation that the athletes need to be able to really invest the time. The more they train the better they get, and I think you can see that in the results from events like this.”

Some of the other benefits of learning Brazilian Jiu-Jitsu is it teaches self-defense and addresses real life issues that may arise for people in distress.