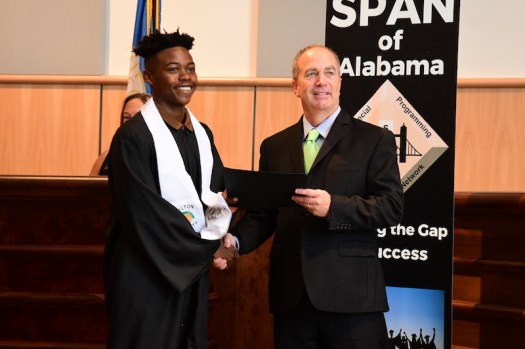 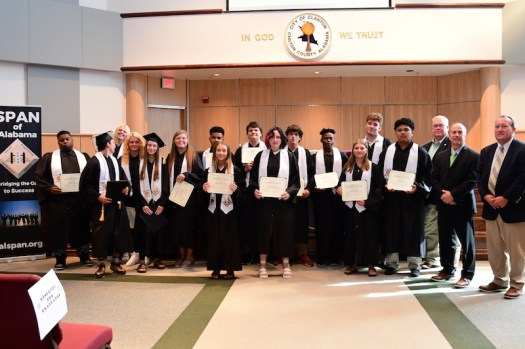 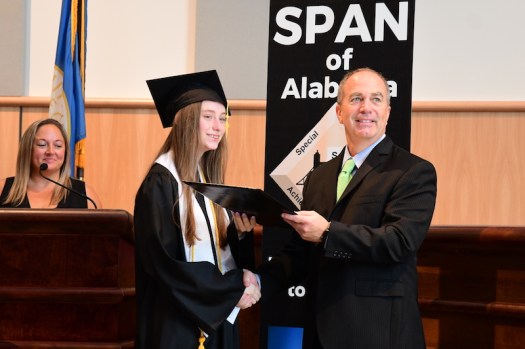 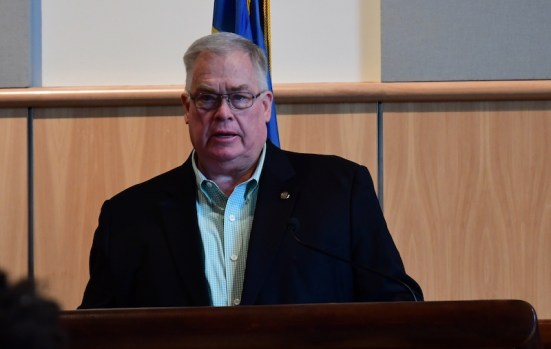 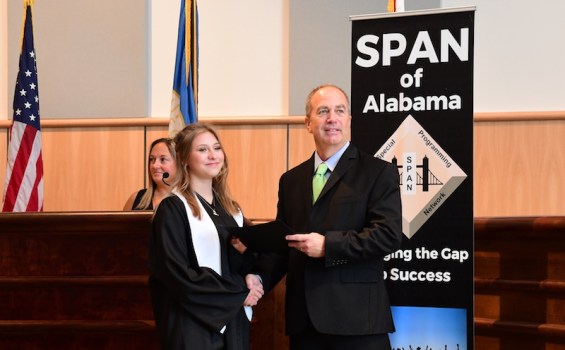 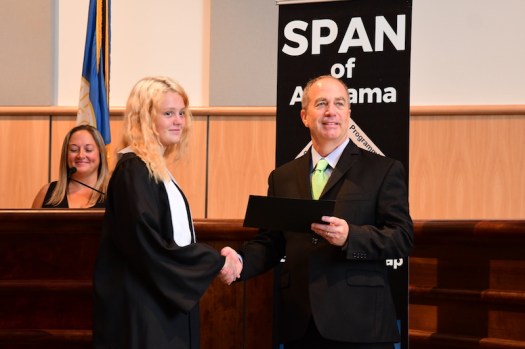 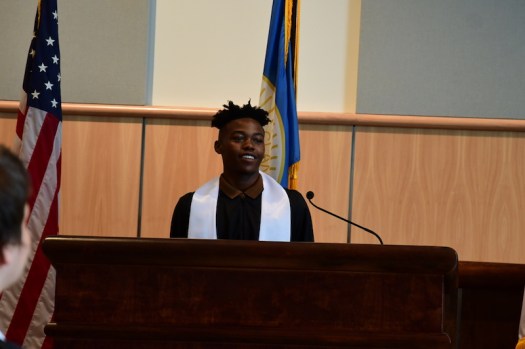 Devyn Knight speaks to his fellow graduates during the ceremony. (JOYANNA LOVE | ADVERTISER) 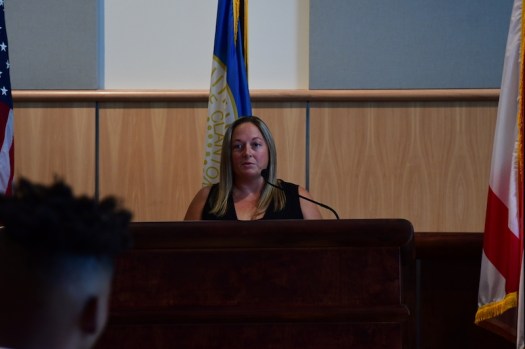 S.P.A.N. of Chilton County celebrated 20 graduates of the program on July 27.

The program helps students who have fallen behind get back up to their grade level or complete their GED.

Program coordinator Amanda Hicks thanked all of those who make the program possible.

State Rep. Van Smith was the guest speaker for the event.

He said he was proud of the students and encouraged them to continue to work hard.

As a part of this, Smith recommended graduates read two books — “More than a Bird” by Chilton County native Liz Huntley and “Upstream” by Dan Heath.

In “Upstream,” Heath talks about solving problems before they start. Smith recounted a story from the book about two people rescuing someone from drowning in a lake. They keep hearing another scream just as soon as they have finished rescuing someone. One of the helpers eventually decides to go upstream to figure out what is causing so many people to fall into the river.

“Think about that in your life,” Smith said. “Back upstream, something happened. It could be different things for different individuals, but for some reason, you fell in the river. You fell through the cracks.”

He said people need to be willing to keep people from “falling in the river” even though they will not get the same praise and notoriety as those who save someone who is drowning.

Smith encouraged the graduates that they have the opportunity, now and in the future, to have a positive impact on their family and community.

He encouraged them to learn from their mistakes but to also learn from other people’s mistakes.

During the ceremony, Hicks also took time to honor those who had been influential in the program who passed away in the past year. This included Red Turnipseed, Harold Jarmon and Randy Strattis.