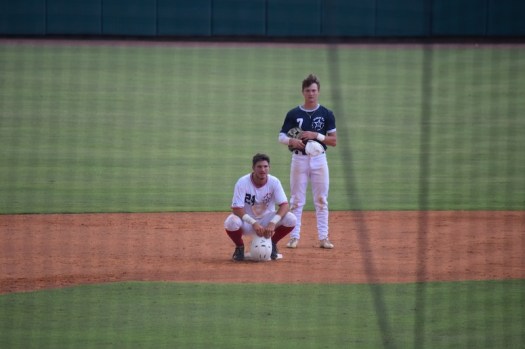 Cannon Miller stands at second base during game one of the North-South All-Star baseball game. (CHRIS MILLER | CONTRIBUTED) 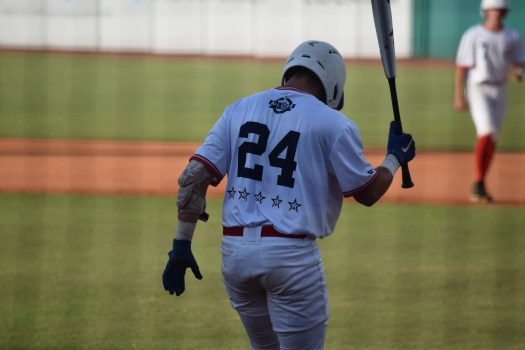 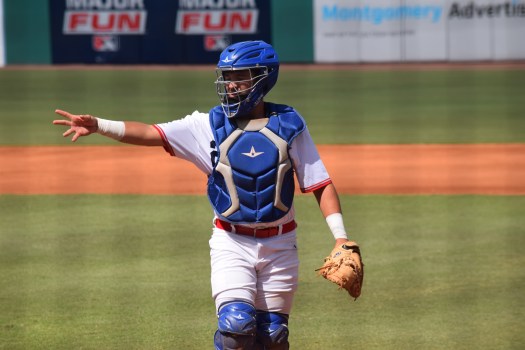 Cannon Miller caught in both games for the South team. (CHRIS MILLER | CONTRIBUTED)

Chilton County High School’s Cannon Miller participated in the 2022 AHSAA North-South All-Star baseball game on July 18 at Riverwalk Stadium in Montgomery. Miller, a rising senior, was a member of the South team and captured an RBI single in game two to help the South squad end the game in a 2-2 tie. The South team won game one 5-0. Game two was shortened to five innings due to a weather delay. Miller went 0-for-3 and scored a run in game one, and went 1-for-2 in game two with that RBI single.

Miller checked in at 10:30 a.m. and then took batting practice on the field after lunch. Miller got the opportunity to talk with some of the other high school all-stars before the games began.

Miller was the backstop for the South team playing catcher in both games. South pitchers struck out nine batters in game one and eight batters in game two with Miller’s help.

Miller, who is also the CCHS starting quarterback, is no stranger to having the ball in his hands on the field of competition. CCHS football coach Marvin Morton said playing both catcher and quarterback helps him build his leadership skills and “benefits him in both sports as being a leader.”

Miller is now turning his attention fully to the football field, but still works in some baseball training along the way.

“Especially now with it being July … It has been mostly football,” Miller said. “In June, a lot of it was baseball but now in July it is mostly football and working in baseball when I can.”