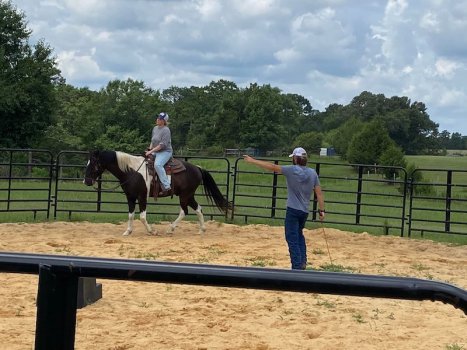 Visitors at BondFire Ranch in the round pen riding horses. (BRIAN EDDY | CONTRIBUTED) 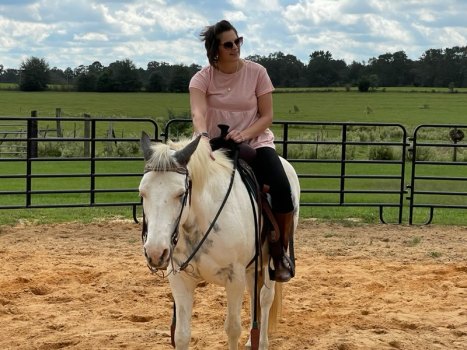 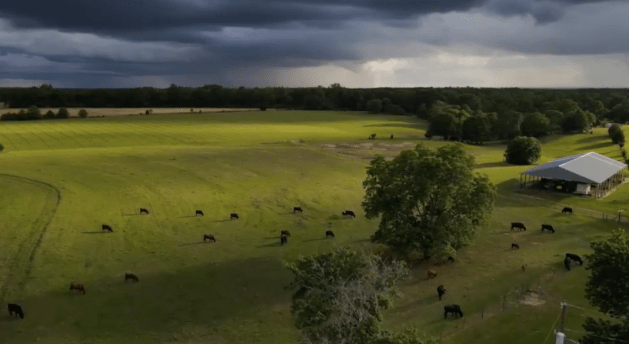 An aerial shot of BondFire Ranch’s facilities on its property. (BRAIN EDDY | CONTRIBUTED) 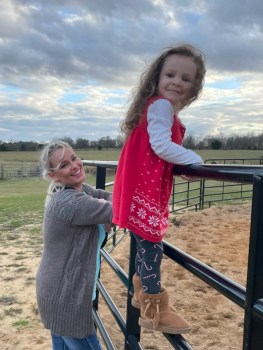 BondFire Ranch is dedicated to serving families of veterans help reconnect with them. (BRIAN EDDY | CONTRIBUTED)

Now, Eddy is using his experience in the military to help serve the veterans of Chilton County and their families help overcome the long days away from each other during deployment.

Eddy founded BondFire Ranch earlier this year with the sole purpose of helping veterans and their families reconnect with each other after their enlistment ends.

“I have the background knowledge from my Air Force career that is allowing me to do this,” Eddy said. “I did services for 28 years and I am continuing to do services and that is taking care of not only the veteran, but their families as well.”

Eddy has volunteered before with other nonprofit organizations working to help support veterans. BondFire Ranch earned their nonprofit status from the IRS in May this year. Eddy said it was bothersome to him to see families out and on their own devices rather than interacting with one another.

BondFire Ranch will give families no choice but to connect and interact with each other because there is no connection to electronics at the ranch.

“The whole point of BondFire is to get folks out and disconnected from their electronics and reconnect with their family,” Eddy said. “We just want to bring families out to focus on themselves.”

The 37-acre ranch has a bunkhouse, cabins, a horse barn, a 60-foot round pen, hiking and riding areas, a fishing pond and archery range for visitors to enjoy. Some of the animals Eddy has at the ranch include horses, donkeys, cows, goats, rabbits and chickens.

BondFire Ranch’s slogan is “Warming the hearts of families,” and Eddy is hopeful that will be the case once the ranch is up and running fully.

“At this point what we are really doing is getting the ranch ready to have folks out there,” Eddy said. “We have had some folks out, but not on a formal basis yet.”

Eddy is making some improvements to the ranch before opening it up officially to the public such as fencing, land clean-up and barn repairs. However, Eddy said the ranch is actively planning an Oct. 1 bond fire event that will serve as the grand opening.

Eddy said the best way for members in the community that want to get involved with assisting veterans is networking with veteran organizations. Reaching out to those entities and seeing how they can help “Whether that be time or donations.”

Those interested in visiting the ranch can email Eddy at bondfireranch@gmail.com or visit the BondFire Ranch Facebook page.