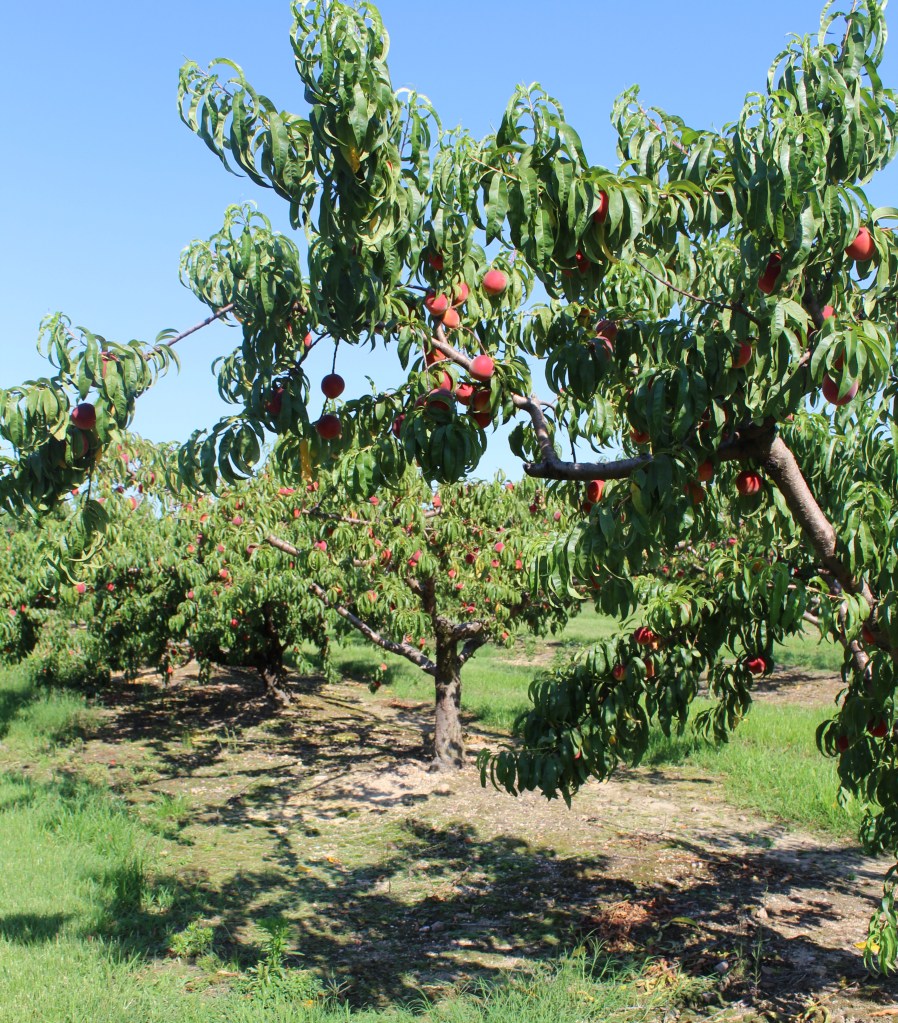 While peaches look tantalizing, growers can be negatively impacted if community members pick them without permission. (FILE | ADVERTISER)

Community peach growers can see a decrease in production not just from natural factors but also county residents helping themselves to ripened fruit.

Codi Burnette of Burnette Farms said unauthorized picking is something they deal with every year, and it has the potential to have a large negative impact depending on how many are taken.

“It is usually a yearly occurrence that somebody gets caught out there,” Burnette said.

Sometimes the person pays for the peaches when asked. Sometimes the Burnettes have called local police to report the theft. Thorsby Police Chief Rodney Barnett said criminal trespassing or theft charges, if the person is caught with the fruit, could be made.

“Probably every grower has the issue,” Burnette said.

One group has been caught this year, but she said there have likely been more.

“Last year, we didn’t have any nectarines because someone stole all of our nectarines, like overnight (right before they were going to be harvested),” Burnette said.

“A lot of money, time and work are spent out there, and when we can’t sell it that takes a lot,” Burnette said.

Fighting off the cold in early spring to keep the blossoms alive adds to the hours invested in a crop.

“Those are long nights for the farmers,” Burnette said. “My husband was up pretty much that whole night.”

Barnett said having a game camera in the orchard could serve as a deterrent to those looking to pick some free peaches.

The chief also recommended asking neighbors to keep an eye out for suspicious activity. Barnett said that farmers have the options of asking local law enforcement if extra patrols could be made around the orchards.

Fortunately, the peach crop has been good this year. The Burnettes sell both to wholesalers and retail in Birmingham.