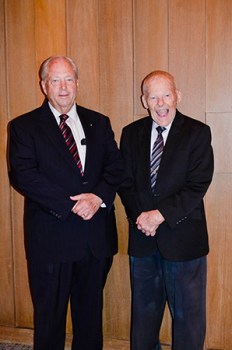 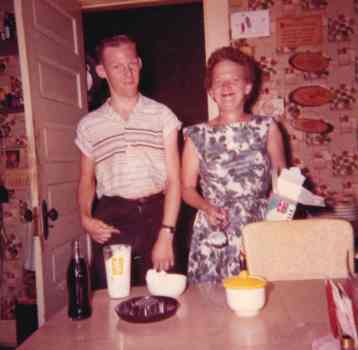 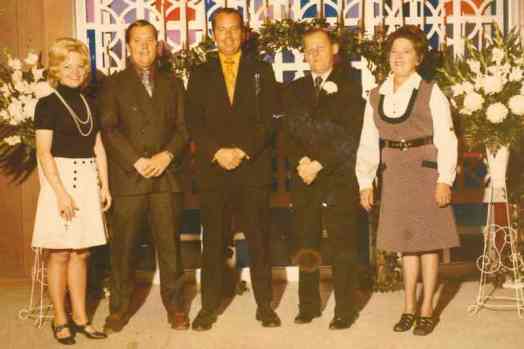 In 1937, Donny Martin was born and injured during birth. The doctors told his family he may not survive past eight years old after being diagnosed with cerebral palsy. Eighty-four years later, Martin is getting ready to celebrate his 85th birthday on Aug. 20.

When Martin was eight, he not only proved the doctors wrong, but taught himself how to walk that year as well with help from his grandmother, Mary Martin.

His grandma told him to dust the furniture and base boards, and he would say “I can’t walk,” but she told him he could. Martin lived with her for many years before she passed away in 1959.

“She basically told him he needed to figure it out,” Martin’s niece Kim Robinson said. “She said ‘get that rag’, so he figured it out.”

Martin then figured out how to walk and never looked back.

“When he took off, he took off,” Martin’s sister Mary Mell Smith said. “He will say on a regular basis ‘I am glad God knew better than they did.’ God has always had a hand on him, and he knows how blessed he is and what God has done for him.”

Martin has lived in Chilton County his whole life and worked in the family business, Martin Funeral Home, much of his life.

Smith said Martin has enjoyed his time working at the funeral home and it gave him a chance to meet many different people in the community.

Donny said he does not venture to Birmingham or Montgomery because the people here in Chilton County are great to be around.

“He worked within the business, but everybody in town knows him, everybody,” Smith said. “He might act like he knows you, but he may not.”

“I have been very blessed,” Martin added after.

When asked how he feels overcoming the challenges and reaching 85 years old, Martin said “Old … The reason why I keep going is because I have a God.”

Martin is the oldest of his three siblings. Robinson’s father, Jimmy, passed away leaving Martin, Smith and their younger brother Bobby. Martin has a son, Jody, two grandchildren and four great-grandchildren.

“I was talking to Bobby the other day and he said (Martin) is going to outlive both of us,” Smith said. “He probably will.”

Martin was named an Eagle Scout in 1954 and graduated high school in 1957. In March of 1960, Martin’s father passed away, and in July of that year, the club asked Martin to join. Since then, Martin has served tirelessly for the Clanton Lions Club serving as its first president and is involved in many programs the club has.

Martin collects eyeglasses for the clubs SightFirst program and gets them largely through the funeral home.

“When you have someone who is going to be buried, if they have eye glasses they can ask to donate them to the Lions Club,” Martin said. “We are all about sight.”

Martin also attends all of the Peach Pageants during the annual Chilton County Peach Festival, and Smith said “He plans everything around Friday, because he is not going to miss the Lions Club.”

Martin has a trust fund set up and gives a scholarship each year to a deserving senior in the community. The scholarship was originally in Martin’s honor, and he has kept it going along with the Lions Club.

One of Martin’s other passions is giving blood. He first gave blood in 1957, and his father had to sign for him to donate it because of his age. Since then, he has donated over 20 gallons throughout his lifetime. He had to stop because the doctors could not find his veins easy enough.

To continue his life of service and to celebrate his upcoming 85th birthday, Martin and the funeral home are holding a blood drive on Aug. 3. Martin wanted it to be clear how important the blood drive is to him.

“We thought that would be neat since that was so dear to his heart. He has just accomplished so much,” Smith said.

“When we watched the television, we would watch him walk across the stage to give it to them,” Robinson said.

“I took them two buckets of money,” Martin said. “It really makes me feel good to walk out there and give them money. I have really enjoyed (life).”

Martin is still very much self-sufficient with just a little assistance from his grandchildren like buttoning his shirt or putting on his socks. Martin still drives himself places.

He also attends First Baptist Church. There is an elevator for handicapped members. However, Martin never uses the elevator and climbs two flights of stairs to get to the sanctuary and down the stairs after the service. He leaves a bit early to get down the stairs, and that has its perks.

“I am first to the restaurants, too,” Martin said.

Smith and Robinson help Martin with communication on occasions, but he said he knows he can talk whenever he needs to.

He has two pictures on his wall. One is the 10 Commandments and the other says “A winner never quits, and a quitter never wins.”

“When I wake up in the morning, I read that right there,” Martin said.

Smith recalled a conversation the two had a few years ago that perfect sums up how Martin is still here.

“He said ‘I have always been on the uphill climb, I don’t know what it is like to go down the other side’,” Smith said. “That has been his life. He has just worked at it and that is why he is still here today.”

When asked if there was anything on his bucket list, Martin said there was not, and that he has already done everything in life he had hoped for.