Matson wins Class 2A Coach of the Year 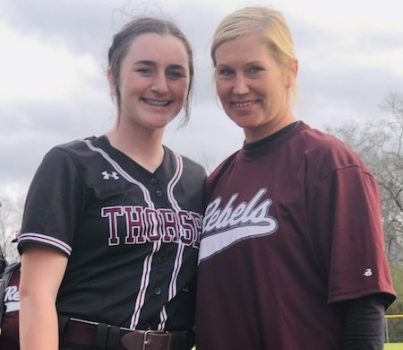 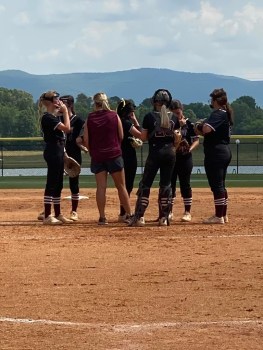 Thorsby High School softball head coach Holly Matson was named the Alabama Sports Writers Association Class 2A Coach of the Year. 2022 was Matson’s first season as a head softball coach and she led the Rebels to a 24-9 record, a first qualifier in the regional tournament and a berth in the Class 2A state final eight.

“I am very honored to be named Class 2A coach of the year, I was actually shocked to hear the news,” Matson said. “I have always joked and said to people that these girls are the ones doing all the work, they are just making me look good in the process. They put so much hard work and dedication in every day, and they are the reason we made it as far as we did and their success is what helped me be named coach of the year.”

Matson also thanked her assistant coaches for their help throughout the season.

“I feel like receiving coach of the year also extends to my two assistant coaches, Derrick Burnett and Larry Reeser, because without their dedication and effort to our team, we wouldn’t have had the success that we did this season,” Matson said. “I am very thankful for all they did.”

Reeser, who is Matson’s father, coached her when she was in high school. Now, the two share the same dugout for the Rebels, and Reeser thinks having coached his daughter in high school and now coaching with her at the high school level is something special.

“I just thought that was really something and a milestone,” Reeser said. “To be with her as a coach is a pleasure, but knowing she is my daughter and how she has really matured in the sport, not only as a player but a coach, is great to see.”

The Rebels had a slow start to the season but took home second in the county softball tournament and were 4-0 in region play before taking home the regional title and an Elite Eight berth.

“To accomplish everything that we did, she had a lot to do with that,” Reeser said. “By the way she coached, organized practice and what she expected the girls to accomplish in practice.”

Matson said she relates to a quote from Bill Pingitor — “I’m a coach because of the kids and the passion I have for the game itself. There is no better feeling than teaching a child the importance of discipline, hard work, team effort, dedication, determination, and the heart it takes to win not only in sports but in life.”

Matson said that quote perfectly describes what coaching means to her. She said the biggest thing she will remember from this season would be that her message of picking each other up spread throughout the team so quickly.

“Just reiterating that over and over, I was able to see the girls start to bond and use that together without having me to do so,” Matson said. “I think that was the thing I remember the most consistently was seeing the girls pick each other up and work together, even when things weren’t quite going their way.”

As for next season, the Rebels will return a younger group than this season, but the goals for Thorsby remain the same. Producing and maintaining positive attitudes with positive energy, encouraging teammates and taking it one-day at a time, game or practice, is still at the forefront of Matson’s plan for next year’s team.