Maddox honored for years of service in courts 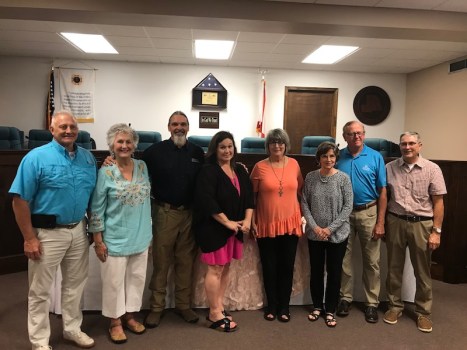 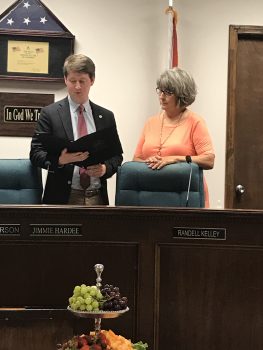 Cheryl Maddox during the reading of her proclamation from the governor reading. (RENEE POWERS | CONTRIBUTED) 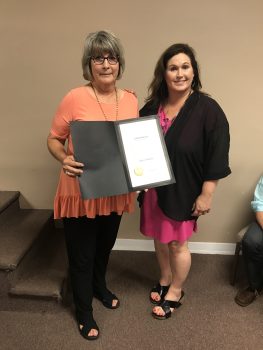 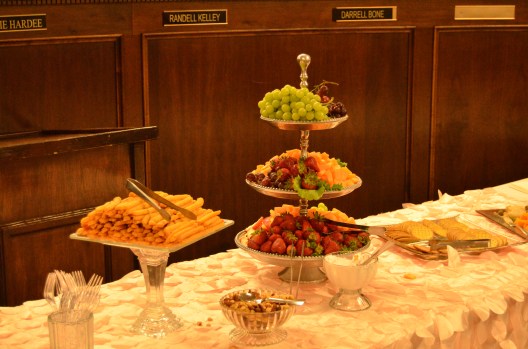 Some of the food served during the retirement reception. (CAREY REEDER | ADVERTISER)

Maddox worked with both court referral and community corrections during her time as director.

“I was a director with a fabulous staff who kept me on track as much as I was trying,” Maddox said. “A fabulous board, fabulous employees that made me look good. I literally could not have done it without them.”

Maddox spent 28 years as a juvenile corrections officer in Chilton County prior to the director role. When she retired from being an officer, she began serving as the director of court services on April 1, 2014.

She said the department had some improvements to make when she started, and over the next eight years Maddox and her co-workers worked tirelessly to help improve it.

“I worked to clean it up and get all of the files together,” Maddox said. “With a great staff and a few good friends, we got all of the stuff on track, and the board had something to be proud of again.”

Maddox was joined by friends, co-workers and board members in the Commission Room in the Chilton County Courthouse to celebrate her retirement. Finger foods, lemonade and cake were served to guests. Maddox also received a proclamation from Gov. Kay Ivey congratulating her on her retirement.

“It meant everything,” Maddox said. “To have friends, attorneys and judges come by to wish me well, that meant a lot. It makes me know I did have a good relationship with them.”

Court Services Board Chairman Renee Powers said Maddox “worked hard every day and was a joy to be around.”

“The trend is to be more and more in the community and fewer in prison,” Maddox said. “That part of the program is going to grow a lot, and I am really looking forward to seeing where they carry it after I am gone. They are really good folks.”

Maddox said her and her husband, who is already retired, plan to travel the United States together in her time after work. The couple plan to visit Maine, Nova Scotia, Montana and Utah among other places.

“It has been a pleasant experience and a heartbreaking one. I am going to miss it a lot, I really am,” Maddox said. “Everybody has been so supportive. You can’t do this sort of thing alone because it is heartbreaking … It is always heartbreaking to find out what we need to do (to help them).”