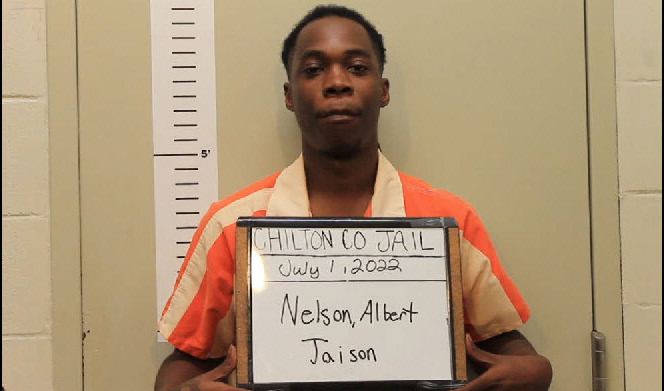 Albert Nelson was arrested on July 1 by the Thorsby Police Department after he used a fraudulent prescription for a controlled substance.

Thorsby Police Chief Rodney Barnett said the department was notified that Thorsby Drugs had received a fax with a fake prescription.

“The doctor had already retired, and that was how they picked up on it,” Barnett said.

The day after the fax had been received Officer Leah Wilkins was shopping at the pharmacy. She noticed that Nelson grew nervous around her.

She went outside and waited for him to exit the building.

Nelson was arrested on charges of attempt to commit a controlled substance crime, possession of dangerous drugs and resisting arrest.

The case continues to be investigated by Thorsby officer Patrick Young with the possibility of others being involved in the scheme. Barnett said it is unknown at this point if this incident is related to past burglaries at the pharmacy.

Nelson had a Georgia driver’s license and was using a different name when he was arrested. Barnett said other municipalities in Chilton County have also received reports of similar fraudulent prescriptions.

Nelson was charged with possession of dangerous drugs and possessing forged instrument by the Jemison Police Department on July 3.

Nelson was released from the Chilton County Jail on July 3.