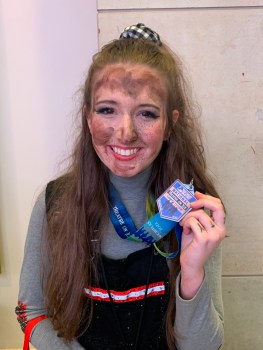 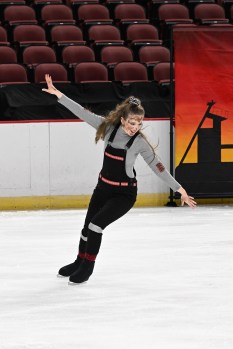 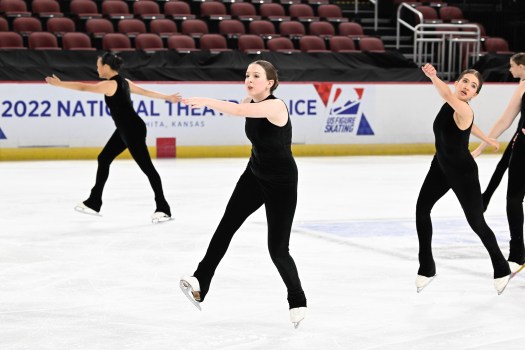 Keeley Dodson of Clanton has enjoyed ice skating since the age of 9 when she had the chance to skate at a party.

Although she fell a lot and “was purple and bruised all over” from falling, she described the event to dad as “the absolute best day of my life.”

Her parents signed her up for eight weeks of lessons as a Christmas gift that year. She later took private lessons.

Dodson, who is now 16 years old, says ice skating has been “such an important part in my life.”

“I feel like the ice for me is like a sanctuary,” Dodson said. “Anytime I skate … I just feel like I am in my own world. I love everything about it. Just being on the ice feels perfect to me.”

This year, she was a part of the Magic City Theatre on Ice team that received a bronze medal at the 2022 U.S. Figure Skating National Theatre on Ice competition.

The competition was held June 22-23 at Intrust Bank Arena in Wichita, Kansas.

“We started preparing for this last fall,” Dodson said.

The national Theatre on Ice competition features teams of eight to 24 skaters telling a story.

“It has the theatrical elements, but also the figure skating elements,” Dodson said.

She said it is another way to have fun on the ice.

While the team has competed for the past few years, placing each time, this was Dodson’s first year on the team.

“I really loved every minute of it,” Dodson said. “There were so many great things that happened. I just love being a part of a team. That is something that I had not been a part of before, and being a part of this team was really a dream come true because I had watched them in past years and really wanted to be a part.”

The experience was “really incredible” for her as she bonded with her team and met other skaters from across the country.

For the free skate, the team created a story around steel mill workers coming home from a long day at work.

“The theme of Magic City Theatre on Ice’s long program reflected what our team has been through the past year: We come from the Steel City where coal and iron ore are mixed at high temperatures to make a hard and tough metal,” Anita Saxena, Magic City Theatre on Ice director, said in a press release. “The mills may try to grind away our lives, but we’re like the steel we forge — resilient and strong. We have persevered in our training despite a pandemic, adversity, and the loss of coaches and skaters.”

The team was in third after the short program.

Going into the free skate, Dodson felt good about how the team would do, but there were “several good teams there,” she said.

“It was really incredible, just to find out that we had placed,” she said. “We were so excited.”

Magic City Theatre on Ice is a part of the Birmingham Figure Skating Club.