Kaley Lucas is a third-generation hair enthusiast in her family. Now, Lucas is taking what she has learned from her family and mixing it with her passion to create K & Co. Beauty and Bronze salon in Thorsby.

Lucas’ mother and grandmother both worked in the cosmetology field, but she entered the medical field after school. However, it did not take her long to change her path to one that is less traveled down in natural hair care.

“I grew up in a hair salon,” Lucas said. “I’ve just embraced it. I felt like it was something that just took over me, and I had to do something in this category of curly hair or coarse hair.”

Lucas said her business is an all-natural salon that focuses more on treating or conditioning curly hair rather than dying or using chemicals on one’s hair. Lucas herself has coarse and curly hair that she said she has only trimmed, never dyed it and has only had natural processes done to it throughout her life.

“I have coarse hair. I have different kind of hair texture than others because I have curly hair,” Lucas said. “So, I went to school and learned a little about texture, and I drove by here one day and called the number.”

A natural hairstylist is what Lucas labels herself, and K & Co. will also offer spray tans, tanning beds, shirts, extensions and wigs. It is repeated services such as conditioning that Lucas said is important for someone that has curly or coarse hair.

“You have to go a couple of times to actually see the results,” Lucas said. “Anything with chemicals, I do not dye hair, I don’t use hair treatments or anything that is going to fry the hair maybe not then, but later down the road.”

Lucas’ mother, Amy, said she is happy her daughter is getting involved in the field that interests her the most.

“I’m proud of her for following her dream,” Amy Lucas said. “I hope she excels … She is doing her other side of (cosmetology).”

Lucas said the building K & Co. is in was secured quickly after calling and connecting with the owner. The building at 8980 Jones St. in Thorsby is the old pharmacy building and a back closet has prescription receipts dating as far back as 1934 in the upper shelves. A picture of the old pharmacy in operation hangs near the front door inside the salon.

The business was not an overnight success, and Lucas had been working since July 2021 to get it on its feet. It took a while for Lucas to acquire the proper business licenses to make it official.

“I had to wait for everything to be legal to work in here, but that is what it takes is time and I’m excited to get to show some people today,” Lucas said.

Almost a full calendar year to date, Lucas hosted a grand opening event on July 1 to welcome guests and prospective clients to K & Co. Mimosas and finger foods were served, and Lucas passed out business cards and answered any questions guests had about her services.

Lucas grew up in Chilton County and graduated from Chilton County High School in 2017, and she said she is confident she will find clients in the area looking for her type of hair care.

“I’m excited and ready for everyone to see what I have done here, and hopefully to get new clients, because I am just now starting out with actually coming into the public (that I am) doing hair,” Lucas said. “It is something I am trying to get out of my mind onto paper and actually visualize and show people how it separates from being a cosmetologist to being a natural hairstylist licensee. It is something new coming about in Alabama.” 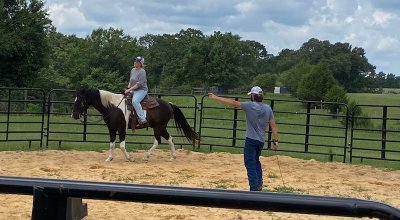 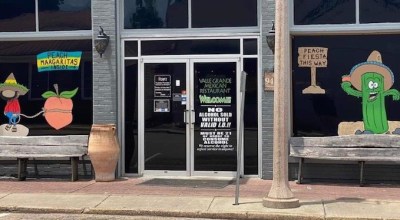