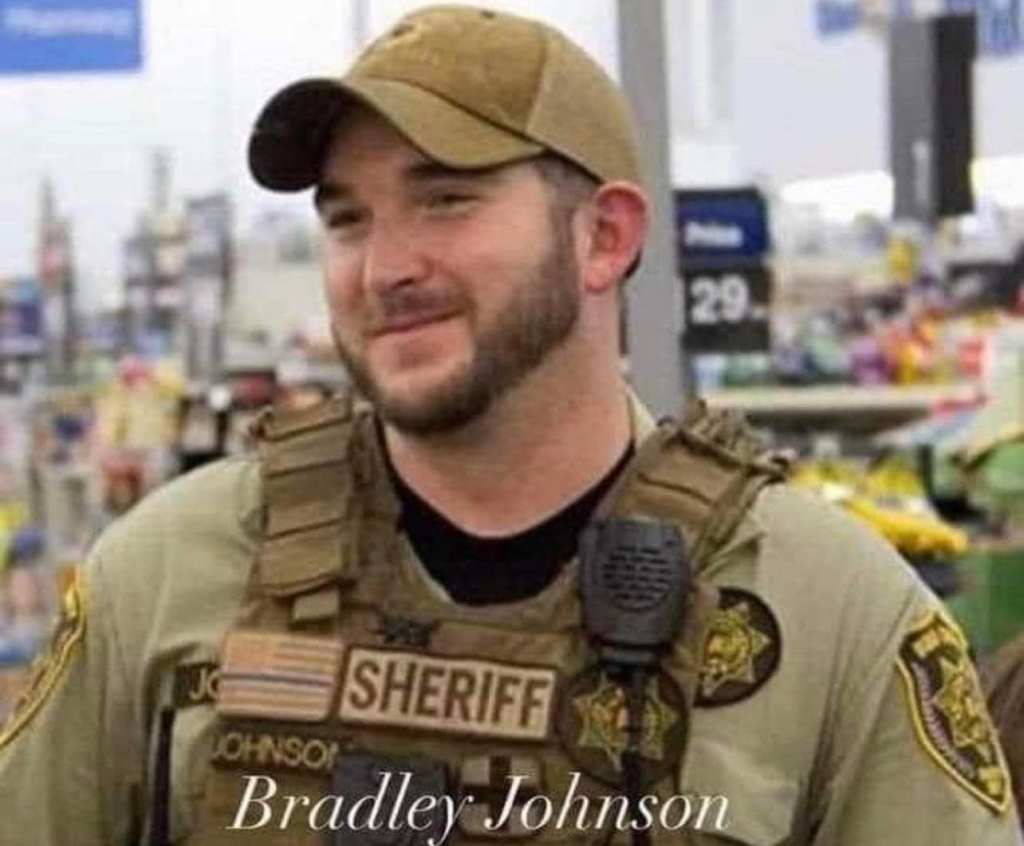 Bibb County Sheriff’s Deputy Brad Johnson who was shot in the line of duty on June 29 has died from his injuries.

Johnson had been in the hospital since the incident in critical condition.

“It is a solemn day among the entire law enforcement community within Alabama as we all mourn the tragic and heartbreaking loss of Deputy Johnson,” Alabama Law Enforcement Agency’s Secretary Hal Taylor said. “On behalf of the Alabama Law Enforcement Agency, I would like to extend my deepest and sincerest condolences to Deputy Johnson’s family, his colleagues with the Bibb County Sheriff’s Office and everyone that knew and loved him. Truly, Bibb County and the State of Alabama has lost one of its heroes. In addition to Deputy Johnson’s heroic sacrifice, our thoughts and prayers are also with his colleague, Deputy Chris Poole, who was struck by gunfire over the course of the incident. Deputy Poole has since been released from the hospital and is expected to make a full recovery. Along with sharing our sincerest condolences, we pledge to make all resources available to the Bibb County Sheriff’s Office as well as the surrounding community as they grieve and cope with this unfortunate and heartbreaking situation.”

Austin Patrick Hall, who had prior arrests in Chilton County, was arrested on June 30 after a Blue Alert was issued and multiple law enforcement agencies in Central Alabama conducted a manhunt.  Hall had been arrested on attempted murder charges in relation to the incident. These charges have been changed capital murder. Hall remains in custody at the Shelby County Jail.

“Today, all of Alabama grieves the loss of one of our heroes in blue, Bibb County Deputy Brad Johnson. At only 32 years-old, he served in law enforcement for several years and was engaged to be married. He will be remembered as a hero,” Ivey said. “He will not only be called a hero for protecting his community, but also through his organ donations. Our entire state is praying for his family, his fiancé and fellow law enforcement officers.”