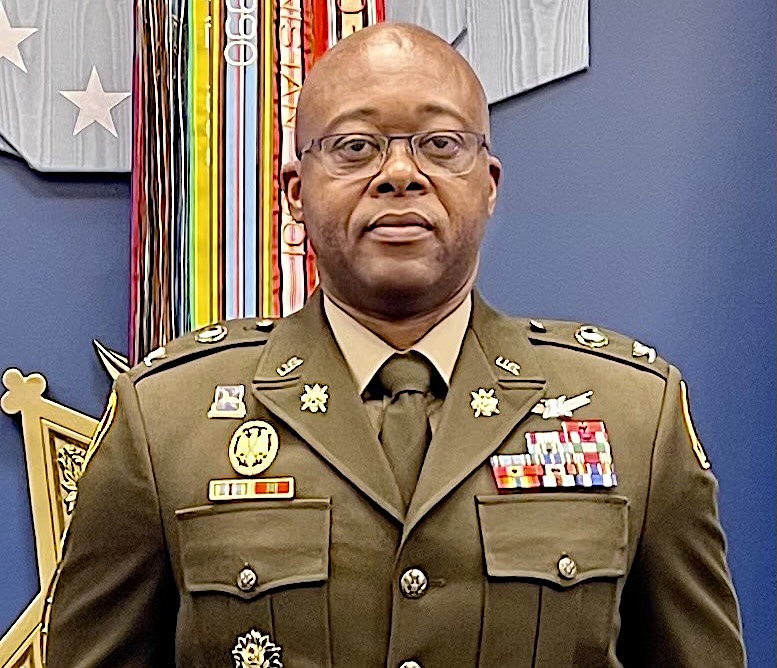 This command office is a part of the Program Executive Office Missiles and Space.

Hill said being able to lead the unit “is really an honor and a privilege.” In this new role, Hill hopes to lead his team to serve this country, while expanding internship opportunities to colleges and universities throughout the state.

Hill began his military career in military intelligence. Now, he is a part of the acquisition corps.

“We work with defense industry … to develop weapon systems in order to make sure we have a technological edge over our adversaries,” Hill said.

This includes being able to fire missiles as well as destroy enemy missiles before they reach their target.

“We have a great organization of high-level professionals,” Hill said.

The new position gets Hill closer to his Chilton County roots.

He is a 1991 graduate of Isabella High School and the son of dedicated community members Elizabeth and the late Elem Hill, who served on the Clanton City Council for several years.

Chris Hill said finding ways to give back to the community and serve others is his way of continuing  their legacy.

“That’s a motivator for me,” he said.

Huntsville is familiar territory to Hill, having worked there in 2016. Then, his work focused on keeping helicopters from being shot down by surface to air missiles.

“Every single morning, I would wake and turn on the news, and I would just be thankful that there was no helicopter shot down anywhere around the world,” Hill said.  “If that was the case, then I knew that our system was doing what it was supposed to.”

In his new role, Hill is looking forward to the opportunity to help those that he will work with grow as individuals.

“As a young soldier you kind of look up to your senior leaders, and I can remember vividly as a private back in 1996 my first brigade commander,” Hill said. “Just looking at his sense of authority and how he commanded the unit, he really gave me something to aspire to.”

Hill’s interest in joining the military began when he was looking for a job where he could use his leadership skills.

Growing up, these skills had developed through school, playing sports and serving at his church.

“I was very comfortable where leadership was a focus,” Hill said.

After talking to a recruiter, Hill “felt drawn to what the military was all about.”

“Once I got in the military, I saw that it was definitely the perfect fit for my mentality and the things I like to do,” he said.

Hill will mark his 27th year serving in the military in November.

He has been deployed to Afghanistan in 2003 and 2014, staying for a year both times.

As company commander in 2003, he said getting the military intelligence unit ready to deploy was a highlight of his career.

Throughout his career, Hill has enjoyed watching fellow soldiers grow and advance their careers.

Getting to where he is in his career has had challenges.

“Being in the military, not only is it a sacrifice, it is a new way of life,” Hill said. “No one in my family had ever been active duty.”

He said it can be challenging to miss some important moments at home.

Hill is married to Carla, who is also from Chilton County, and they have four children. He said the family takes “as many opportunities as possible to get back” to Chilton County.

He said he has enjoyed watching his wife “be able to be successful and prosper throughout the years because a lot of times military spouses, they carry the bulk of the home life” because of the long days worked by active duty military.

The official ceremony to install Hill in his new position will take place at 1 p.m. on July 7.