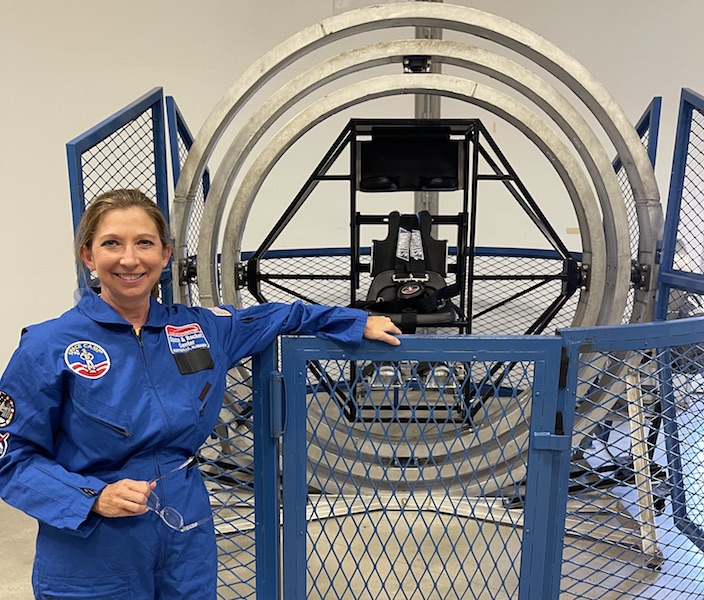 It was a dream come true for Isabella High School math teacher Tammy Pairrett when she was able to attend Alabama Space Camp for Educators at the U.S. Space & Rocket Center in Hunstville.

The long-time math teacher said she had always wanted to visit the NASA operations in Huntsville.

Pairrett had heard about the opportunity previously. When she received an email this year about signing up, she knew the time was now.

The camp lasted from June 22-27 with Pairrett participating in two simulated missions. She said each day was “a little more exciting than the day before.”

“It didn’t seem like it would be possible to top it, then the next day something would happen that would be even better,” Pairrett said.

In one simulated mission, Pairrett was a part of a team on a mission to Mars. During the other one, she was in mission control as the guidance, navigation, and control engineer for scientists working in the International Space Station.

“It was really fun,” Pairrett said.

Although she was not able to experience the zero-gravity simulator like she had hoped, Pairrett was able to take a walk on the moon during one of the simulations.

Other activities Pairrett enjoyed included the planetarium, the zip line, helicopter crash rescue simulation, the multi-axis trainer and building a rocket from a kit to transport an egg.

On the multi-axis trainer, Pairrett said “you are flipping upside down and sideways and rotating, and it looks like it would make you very sick, but because the center of gravity never changes it does not.”

Pairrett said she gained numerous resources for her classroom from the experience. These will allow her to use examples from the space program in math problems, while incorporating science and technology.