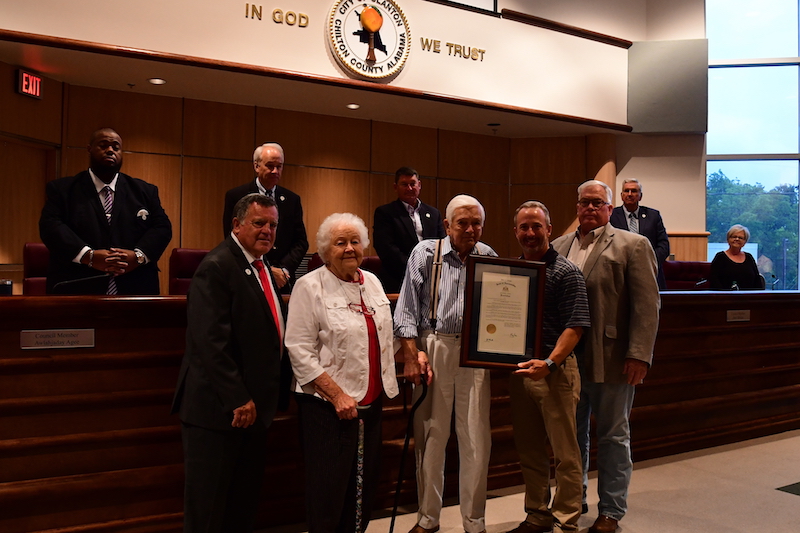 The portion of Interstate 65 from Exit 205 to Exit 208 will be renamed the Officer Richard H. Buckner Memorial Highway to honor a Clanton Police officer who died in the line of duty.

A resolution for the renaming was presented during the June 27 meeting of the Clanton City Council.

Buckner was killed in a traffic accident while responding to a call on July 28, 1991.

“His quick action to avoid a head on collision likely saved the lives of innocent citizens,” District 49 Rep. Russell Bedsole read from the resolution.

Plans for the renaming had been put in motion by fellow officer John Stephens, who had been responding to the same call when Buckner was killed.

Bedsole, District 42 Rep. Van Smith and state Sen. April Weaver took care of the necessary steps to have the renaming approved by the state legislature.

A memorial for Buckner was placed at his grave last year. During that ceremony, Stephens mentioned wanting to have a portion of the interstate renamed in his memory, “That way when everybody passes by, they will see his name, and it will be a way that people will know that he gave the ultimate sacrifice.”