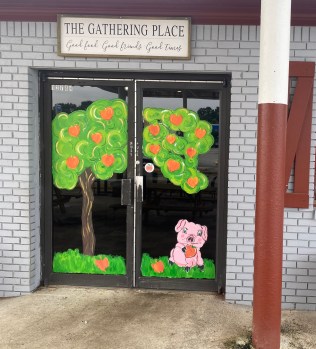 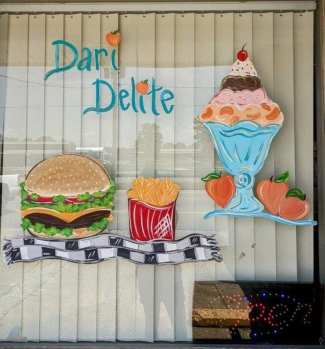 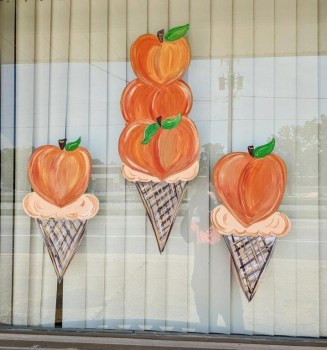 Some of Dari-Delite’s peach ice cream cones were apart of their mural. (CHILTON CHAMBER | CONTRIBUTED) 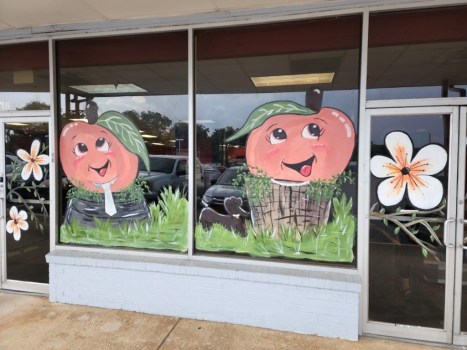 Maymay Made It was the peach mural contest winner in Clanton. (CHILTON CHAMBER | CONTRIBUTED)

The winners of the peach mural contest that swept across Chilton County businesses throughout May and June were announced on June 24.

The Chilton County Chamber of Commerce posted the businesses who participated on Facebook, and the murals with the most likes were crowned the winners in the four municipalities in the county.

“This is a great way to show visitors our ‘Peachy Pride’ and promote your business,” the Chilton Chamber said in a Facebook post.

Valle Grande Mexican Grill was the winner in Maplesville with their cowboy wrangling a peach and a cactus with peach in its hand. The mural has signs that read “peach margaritas inside” and “peach fiesta this way.”

Bones Backstreet BBQ was the winner in Jemison with a pig holding a peach under a peach tree on their front door.

Dari-Delite was the winner of the contest in Thorsby with their paintings of peach milkshakes and ice cream cones on their windows. Dari-Delite added some extra details with a burger and fries on a plate mat to the mural.

Maymay Made It was the winner in Clanton with paintings of two cartoon peaches on tree stumps on the windows and flowers on the doors. One of the peaches has a tie on and a small dog is beside one of the stumps.

The contest ran through the entire month of May and ended on June 19. The voting began on Facebook on June 20.