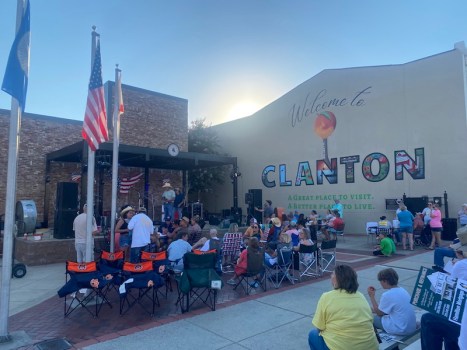 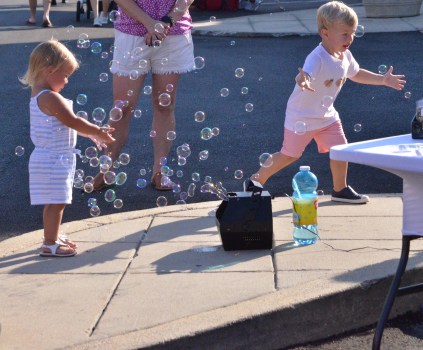 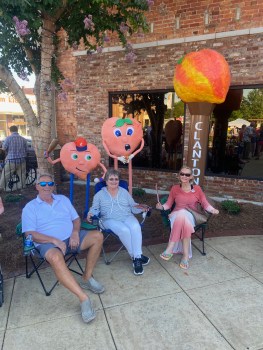 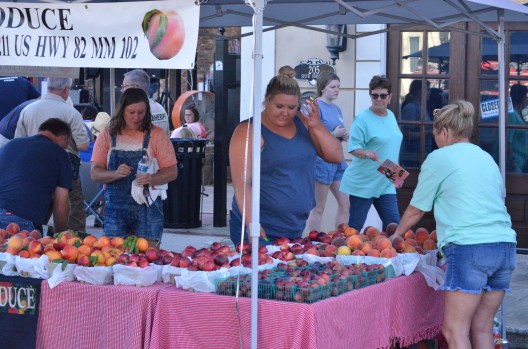 Peach vendors were selling their crops at the event. (CAREY REEDER | ADVERTISER) 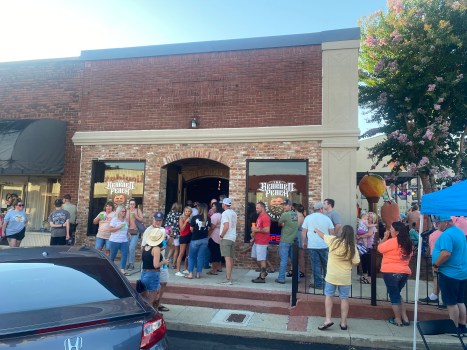 A line outside The Bearded Peach during Peach City Fest. (CAREY REEDER | ADVERTISER) 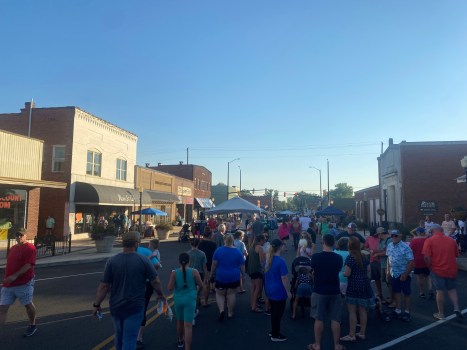 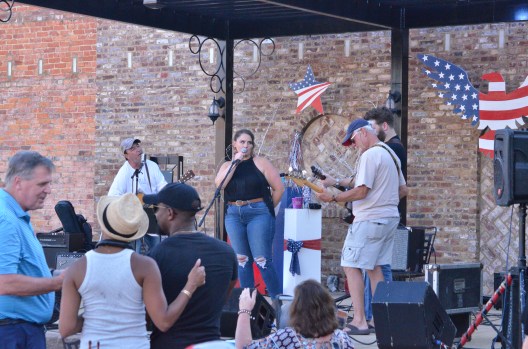 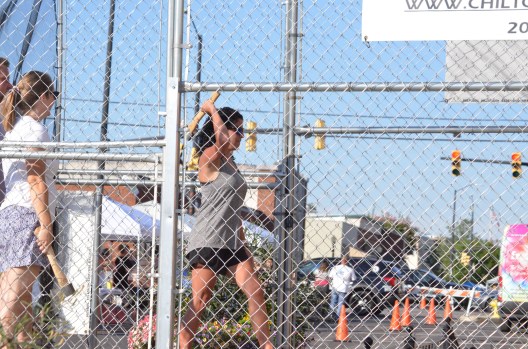 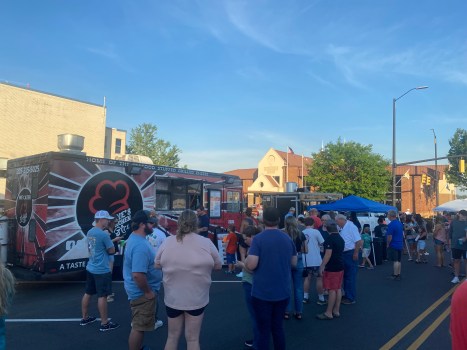 The City of Clanton hosted the first Peach City Fest on June 24 in downtown that packed the streets full of vendors and patrons. The Chilton County Chamber of Commerce helped organize the first-time event to draw guests and vendors to downtown Clanton.

Businesses in downtown Clanton extended their hours later, and small businesses set up tents in the streets to sell their merchandise.

“We love the idea of it, and right now we are a good cooling station with the heat like it is,” Tommy Glasscock, owner of MorLyn’s Fine Jewelry and Gifts, said. “(The Peach Festival) has always been a great community thing for us, and having the opportunity to draw people from out of town in to see what our town is like.”

MorLyn’s extended their hours until 9 p.m. and have provided the crowns for the Peach Pageants for over 40 years.

“This is my first festival, and I think it is wonderful,” Bobbie Lavsrown from Florida said.

Lavsrown was visiting Cathy and Alan Marcus, who have lived in Chilton County for many years, for the Peach Festival. Alan Marcus said he can tell how big Peach Week has gotten in the county over the years.

“We are pretty much lifers here,” Alan Marcus said. “It seems like it doubles every year.”

Rodney Baker of Rustic Relics said the City Fest was an event to showcase the talents of people throughout the county as well.

“The whole goal of City Fest is to help the community as a whole,” Baker said. “We have a lot of people here who make things, and we want people to know that their products are out there and available.”

Local vendors and small businesses were scattered throughout the closed roads with their merchandise for sale. Darci Jordan, owner of Desert Rose, was one of the vendors selling her stuff at the Peach City Fest. Jordan’s business creates clothing and accessories and repurposes older items as well. Jordan said she was happy her friend gave her the tip to come out.

“I love that it is like this. It is a great way for the community to come out and have fun,” Jordan said. “I’m super happy they invite us little businesses out too because it does give us a chance to get seen, and it feels good.”

Jordan’s husband was born and raised in Chilton County. Jordan said her husband can tell how much the festivities grow each year.

“I’m glad to be a part of it,” Jordan said. “I will definitely do it again next year if they are having it.”