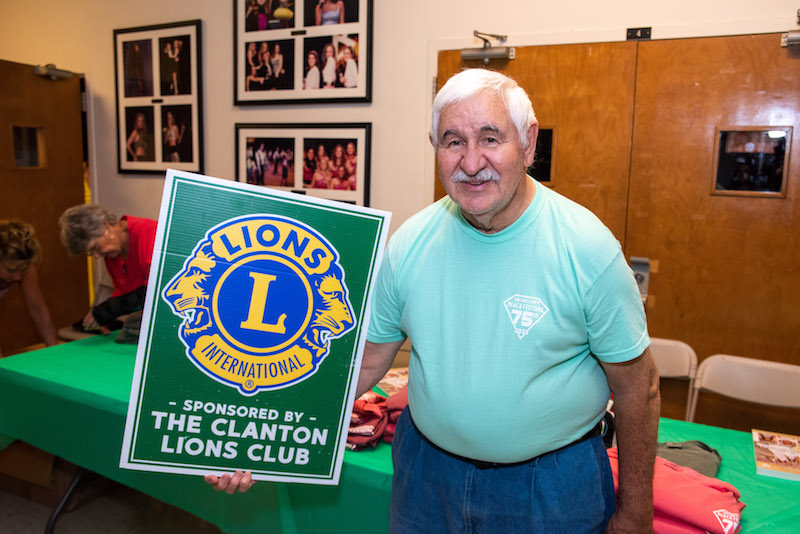 Clanton Lions Club member Larry Culpepper has been inducted into the Alabama Lions Hall of Fame.

“I appreciate this,” Culpepper said. “The Lions Club does a great job, and we all work together.”

He said the award came as a surprise.

Culpepper has been a Clanton Lions Club member for 10 years.

“During those years, he has exhibited the finest qualities of Lionism,” Clanton Lions president Alan Childress said. “With a good attitude and a willing spirit, Larry has always been ready to do more than his share of whatever project our club has undertaken.”

Culpepper said he joined the club as a way to serve the community.

He and his wife Julia can often be seen running the merchandise table at the annual Peach Pageant.

The couple also makes sure that all of the various locations selling the Peach Festival T-shirts and hats have what they need leading up to the event.

“He is a person that can be counted on to do whatever is needed,” Childress said.

Culpepper was previously honored with the Lion of the Year award in 2014 and the Helen Keller Legacy Award in 2019.

“These are exclusive awards in themselves,” Childress said. “I am so proud of Larry.”

The club nominated Culpepper for the Alabama Lions Hall of Fame, and Childress found out during Peach Festival week that Culpepper had been accepted.

The announcement was made during the Miss Peach Pageant.

The official award will be presented later this summer.

Culpepper is a 1959 graduate of Chilton County High School.

“He has been a long-standing Member of First Baptist Church, serving as deacon for over 50 years,” Childress said.

Culpepper has also been supportive of youth sports.