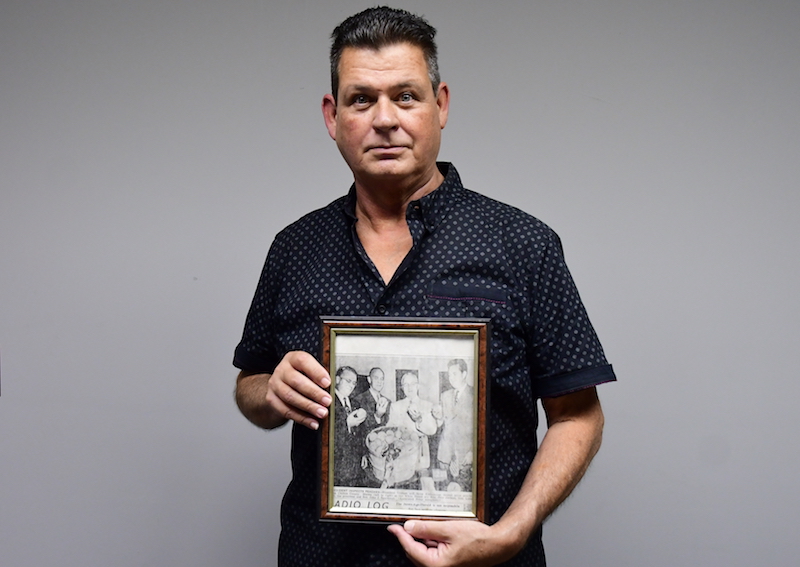 When the first Chilton County Peach Festival was held 75 years ago, the top basket of peaches from the peach auction was flown to Washington D.C. and presented to U.S. President Harry S. Truman.

A framed copy of a newspaper clipping featuring The Associated Press photo of the occasion is a special source of pride for Lynn Roe.

His grandfather W.H. (Houston) Lenoir had grown the peaches chosen for the honor.

“The original newspaper is in a trunk at one of my cousin’s house,” Roe said. “We don’t touch it because we are afraid it would fall apart. We did have his ribbon in that trunk, but we can’t find it now.”

The top basket at that first peach auction in 1947 was sold for $250, according to the Clanton Lions Club Peach Pageant program.

This auction and the next three were held in Thorsby before the festival moved to Clanton.

According to a photo caption of a different picture of the peach presentation to Truman in “Images of America: Chilton County” by Billy Singleton, the winning peaches were the Hale Haven variety.

Lenoir had started his peach orchard before 1917.

“He had started a crop in World War I, and he got drafted,” Roe said. “So, he left, and he was a medic in World War I, was in the Argonne offensive, got hit with mustard gas, burned his lungs, but he came back home.”

The peach orchard had fallen into disrepair while Lenoir was away.

“He had to start all other again because no one knew how to take care of a peach crop,” Roe said. “He raised peaches up until, I think it was 1972.”

Lenoir had a fruit stand on Highway 82 near Maplesville.

Having the newspaper clipping of the photos is special to Roe and his family as a piece of their family history and Lenoir’s impact.

“He was a good man,” Roe said. “He would take food to the children’s home down in Selma … he was a quiet man. Some said it was because of the mustard gas because he had to clear his voice when he would speak. He was an honest man.”

Roe remembers going to his grandparents’ house on the weekends and sleeping on the porch.