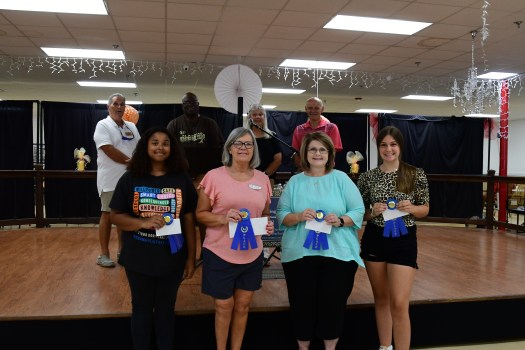 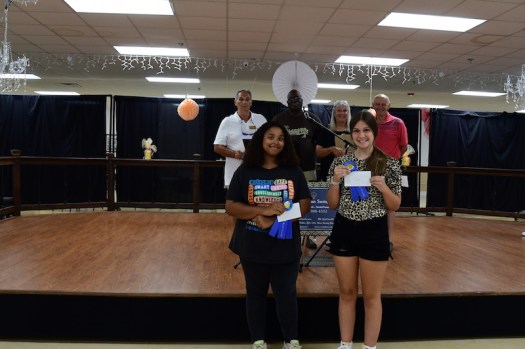 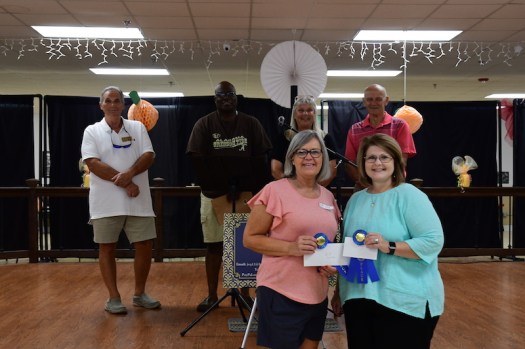 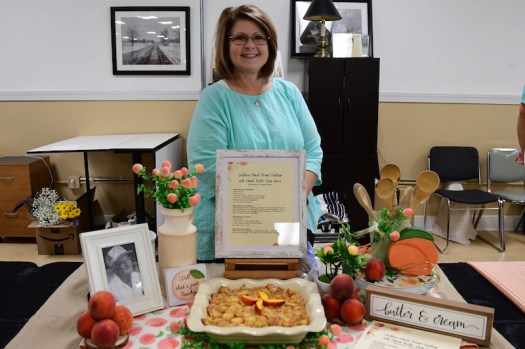 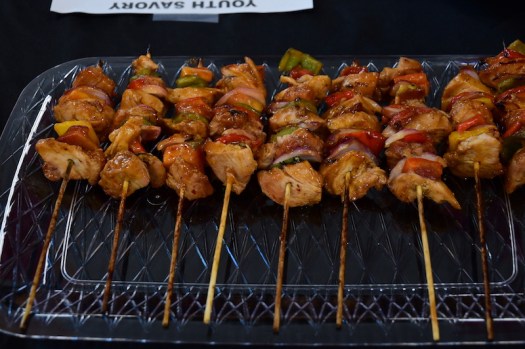 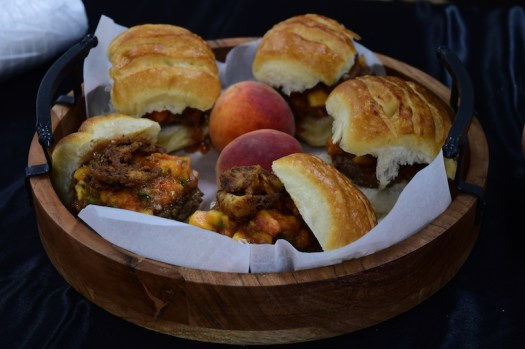 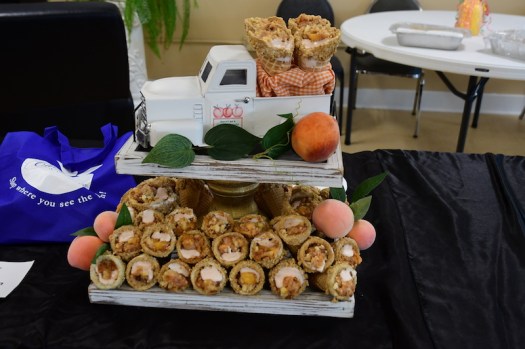 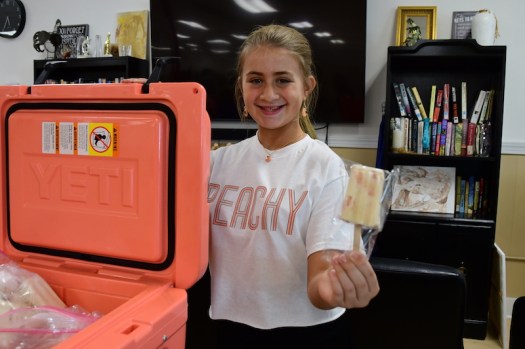 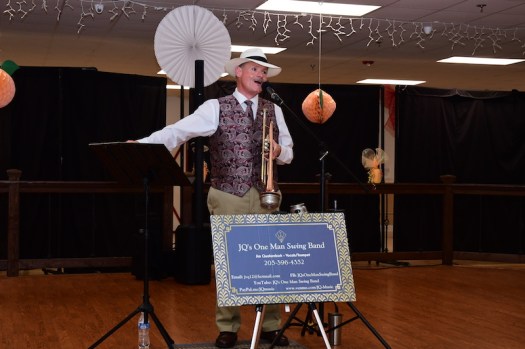 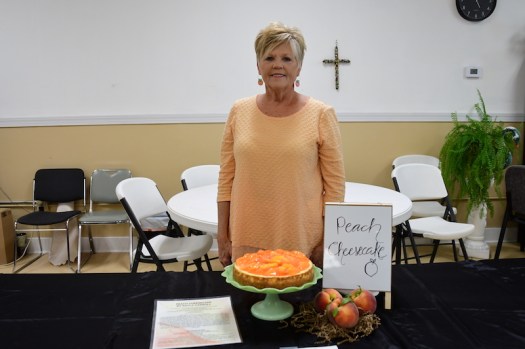 Kayla Carroll with her Peach Cheesecake. 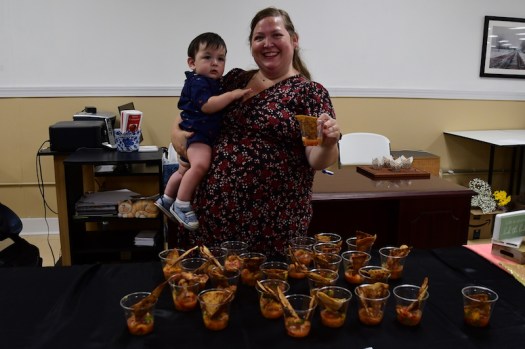 Elisabeth Altamirano-Smith with Solomon and Peach Salsa with Cinnamon Chips 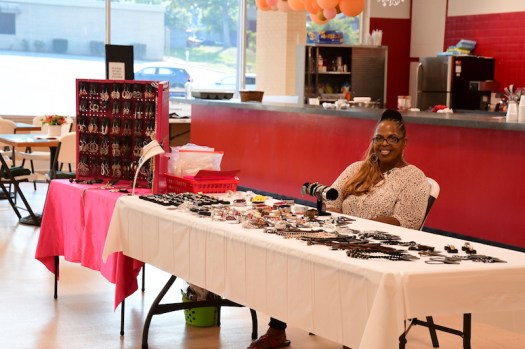 Yvett Merchant was one of the vendors at the event. 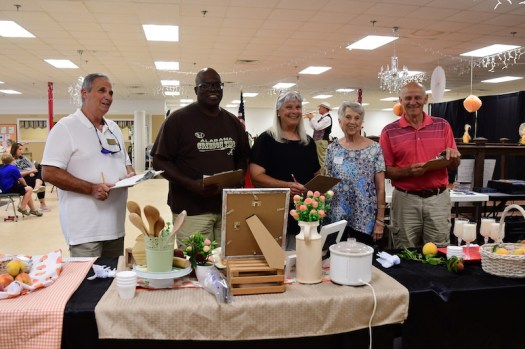 The judges and runner for the event.

It was a delicious comeback as the Peach Cook-off rejoined the Chilton County Peach Festival line up on June 22.

Creative peachy sweet and savory treats were on display each hoping to take home the prize.

In the adult division, Kay Clark was named the savory winner for her Sticky Sweet Burger with Peach Salsa.

Clark enlisted her co-workers as taste testers to help her decide what to bring to the competition.

She tweaked the original burger recipe to add her spin.

“My recipe did not call for antelope,” Clark said. “It called for pork. I thought, ‘I am going to do something different’ because we are wild game eaters.”

She said she enjoyed talking to those who attended the event and tasting everyone’s dishes.

The dish was a Chilton County spin on a recipe she had.

“Patsy Riley, Bob Riley’s (former governor) wife … she handed out the recipe book that had it in there, so I tweaked it and put peaches in it,” Knight said. “I decided that that would be something different.”

In the youth division, Natalie Ford won the savory category for her BBQ Chicken with Sweet Chili and Peach Sauce. Libby Cate Collins won in the sweet category with her Peach Cheesecake in a Cone.

Ford said she had participated in the contest when it had been held previously. This year, Ford found inspiration from recipes on the internet and input from her mom.

Ford said she enjoyed that the competition “gave the youth a chance to do something.”

Collins said she chose her dish because she “really wanted to do something with cheesecake … but I wanted a way to make it … small and not have to cut individual pieces, and it be individual to everybody.”

The competition gave her a chance to showcase something she really enjoys.

“I just love cooking overall, and it just makes everything better,” Collins said.

Attendees enjoyed sampling the creations while listening to the musical talent of Jim Quakenbush as JQ’s One Man Swing Band.

Some contestants had their recipes available to share for those wanting to try their hand at recreating the dish.

Copies of the recipe booklet featuring entrants in the cook-off will be available at the Senior Connection booth at the Peach Jam Jubilee on June 25.