Clanton man reels in once in a life time catch 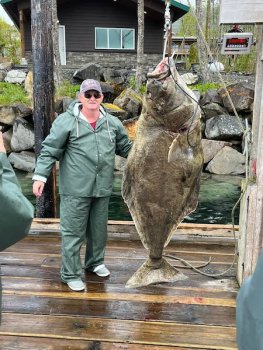 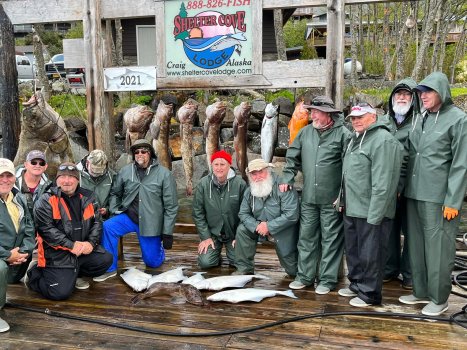 Mark Adams was born and raised in Jemison. He moved to Clanton in 1993 where he has lived ever since.

Adams reeled in a 188-pound halibut while on a deep-sea fishing while on a mission trip to Craig, Alaska with the Chilton Baptist Builders.

The fish measured over 5 feet and was estimated to be around 25 years old.

“With the help of some of the church members and builders that went with us, it took us about 30 minutes to get it in,” Adams said.

The Chilton Baptist Builders went to Craig to help work on Liberty Church there that is having its grand opening in July. As a gift, one of the church members took 11 of the workers on a deep-sea fishing trip. The group went over 20 miles offshore of St. George Island, Alaska and were in over 400 feet of water when Adams caught the halibut.

For Adams, this was a massive surprise not being an avid fisherman.

“That was a once in a lifetime thing,” Adams said. “I hunt, I do not fish much.”

After he caught the fish, Adams and the workers filleted the fish along with 13 others and brought them home. Adams says people from Alaska and Clanton ask him about the fish.

“Everyone says “I saw that fish you caught up there, it was bigger than you,” Adams said. “That is the typical (response). It is amazing what God did. You go up to that place and look at his handy work up there. It is just amazing.”

Adams and the Chilton Baptist Builders were in Fruitland, Missouri this week building a 6,000 square-foot addition to a church the group helped build 21 years ago.