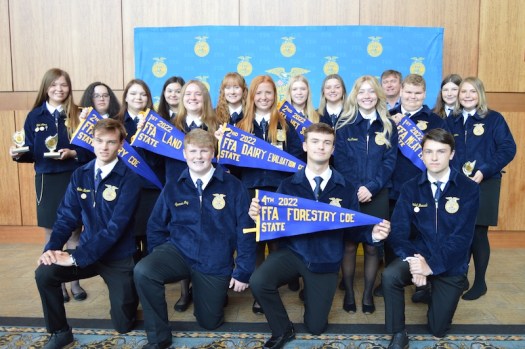 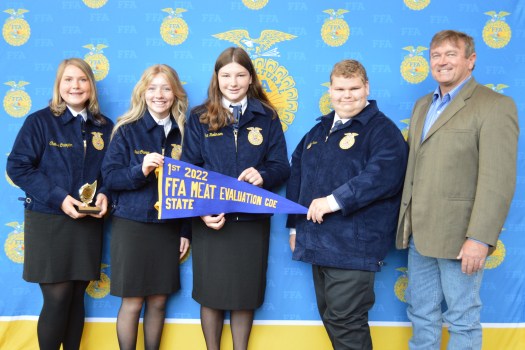 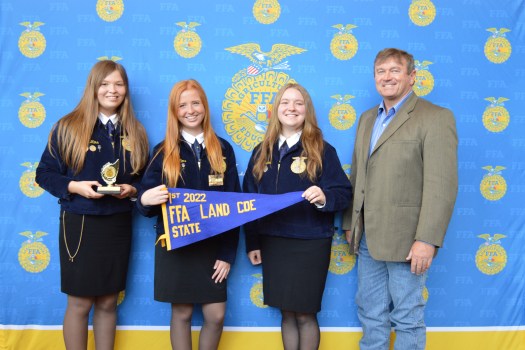 The Thorsby High School land evaluation team who will be going to the national agronomy competition to represent the state of Alabama. (TERESA GREEN | CONTRIBUTED)

Thorsby High School sent five teams to the 94th annual Alabama FFA State Convention on June 8-10 in Montgomery. The Thorsby meat evaluation team won the state championship to move on to the national competition in Indianapolis, Indiana from Oct. 26-29.

“This is nine years in a row (we have sent a team to nationals), and they are very young so it will be a good experience for them,” Thorsby FFA coordinator Brian Lucas said. “I think they will be competitive. I told them our goal is the top 10, and that would be impressive.”

The land evaluation team, who won the state title on March 17 and moved on to the national land judging competition, was asked to represent the state of Alabama in the 2022 FFA Agronomy National Competition at the national convention in October. The agronomy competition “gauges students understanding of the many ways science and technology collaborate to grow the world’s major food crops,” according to the National FFA website. Tori Mims, Mesha Mims and Haley Maddox will be the members of the team at the national competition.

Thorsby High School was awarded the National Chapter Gold Level Award that “is designed to recognize FFA chapters that actively implement the mission and strategies of the organization,” according to the National FFA website.

The Thorsby small engines team placed seventh at the state competition. Abdul Elkhatib, Michael Killingsworth, Brady Mims and Spencer Guy were the members of the team.