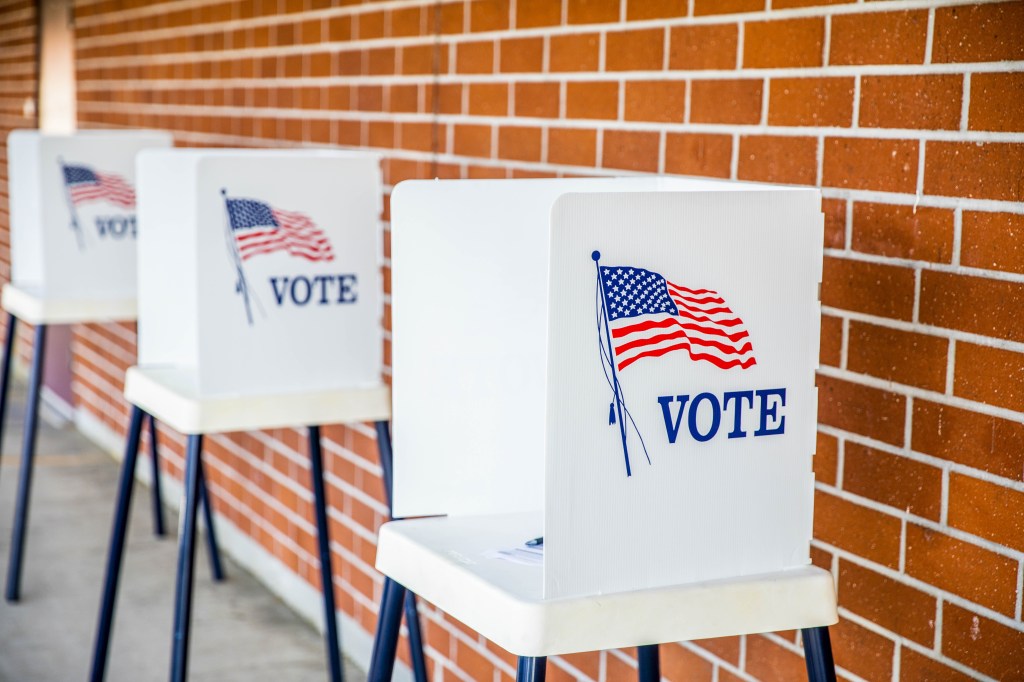 Five candidates for the Republican Party and one candidate for the Democratic Party will be decided though a run-off election on June 21.

Elections who win the runoff election will be put on the Nov. 8 General Election Ballot along with candidates that won their nomination in the May primary.

Over the next eight years, the job of Secretary of State will be vital. We face

proven fighter against government overreach to be our fighting Secretary of State. We face attempts to allow non-citizens to vote. I will fight against that.

We face efforts to change ‘election day’ to ‘election week’ or ‘election month.’

I will fight against that.

We face assaults against our requirement for photo voter ID. I will fight to keep and enforce our voter ID requirements. We face ballot harvesting; automatic voter registration on election day; drive-by drop-off ballot boxes; and voting by mail. A vote for Jim Zeigler is a vote against all these methods of manipulation.

As your State Auditor, I led the fight against waste, mismanagement, and

corruption. As your Secretary of State, I can apply that same approach to fight the manipulation of our elections.

As your State Auditor, some people called me “the watchman.” I will continue as

your watchman over the election process as Secretary of State.

Election integrity may be the most important single issue. The reason is this: If we lose our ability to elect or defeat officials, then all other issues will have lost accountability to the people.

Zeigler earned a degree in Public Administration from the University of Alabama where he was president of the Student Government Association.

As a former Probate Judge, I administered more than a dozen elections without a single error. Our elections are too important to put someone in charge of them who has never administered one before.

As a legislator, Allen served as Vice-chair of the legislature’s Constitution, Campaigns & Elections committee where he sponsored and passed critical elections legislation including a bill to ban curbside voting and another bill known as the “Zuckerbucks” bill which prohibited private individuals or groups from paying for Alabama’s election equipment or supplies. It also prohibited the same entities from paying election officials or their staff members.

These two pieces of legislation are considered to be the most important pieces of election security legislation passed in Alabama in more than a decade.

The opportunity to have a Secretary of State that knows how to do the job from the first day in office will benefit everyone in the state of Alabama. To elect someone without experience may have real consequences that would impact voters for decades.