Bradlee Padgett tries to get the runner on a pick-off at first base. (CAREY REEDER | ADVERTISER) 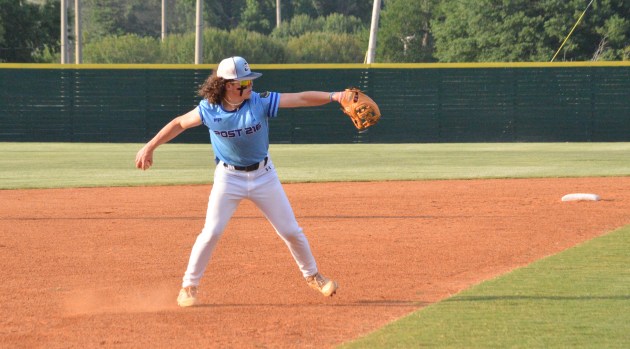 Colton Brock at third base for Post 216. (CAREY REEDER | ADVERTISER) 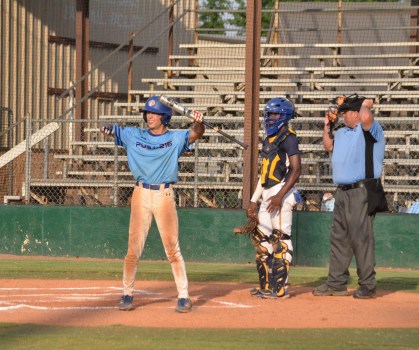 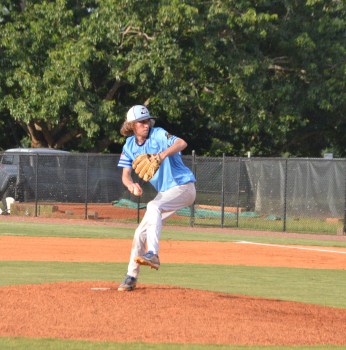 The American Legion Chilton County Post 216 baseball team captured its third win of the summer by splitting the June 15 doubleheader against the Post 1918 Montgomery Knights.

Coach Seth Harris said the team is continuing to gel through the first half of the season.

“One game, we will show up and everyone wants to play, and we play fine. Then, the next game, it is dead,” Harris said. “A lot of them play either basketball or football or both, and their days are filled up, and then they have to come play baseball. I think that is a lot of what it is, but they are playing hard, and we are playing pretty decent from what we have.”

Brayden Mims took the mound for Post 216 and threw up three zeros on the scoreboard the first three innings. Mims had four strikeouts through the first seven batters of the game.

Brody Baker leadoff the bottom of the third inning with a single, followed by Bradlee Padgett reaching on a walk.

A fielder’s choice at third base and a throwing error by the Montgomery third baseman put runners on second and third base for Post 216.

Leadoff hitter Zach Sharpton hit a triple to left-center field to plate the first two Post 216 runs. Colton Brock added a run with an RBI later in the inning to make it 3-0 after three innings.

Montgomery scored the games next nine runs to make it 9-3 going into the bottom of the seventh inning.

Post 216 rallied in the inning scoring five runs before Coy Crumpton’s ground ruled double tied the game at nine. Tyde Harrison was the hero with the walk off line drive to left field to score the winning run to give Post 216 the 10-9 win.

“For the most part, I think they are enjoying it,” Harris said. “We have some guys playing in places they never have before, and played pretty well.”