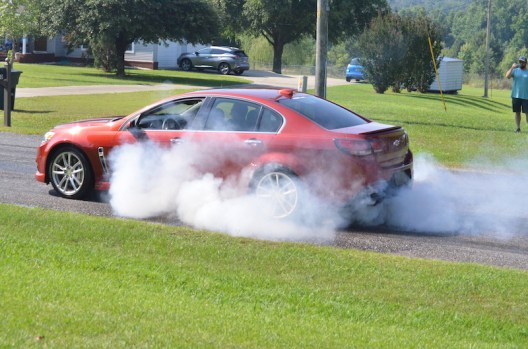 A Chevy car does a burnout in front of the Easterling house. (CAREY REEDER | ADVERTISER) 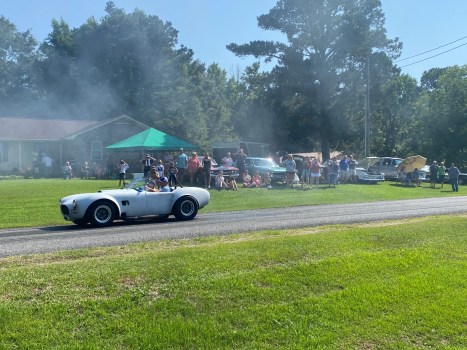 Friends and family of Robin and Ricky Easterling filled their yard to watch the Power Tour come through. (CAREY REEDER | ADVERTISER) 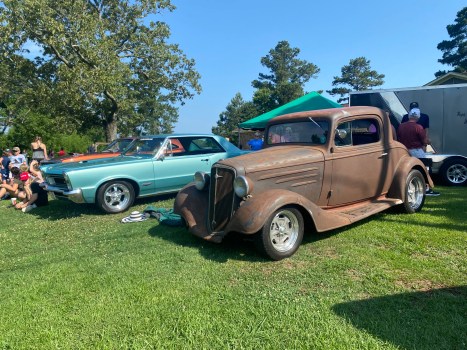 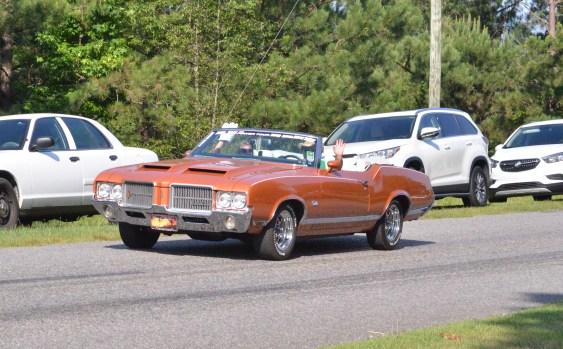 Members of the Power Tour waving to the people in the front yard. (CAREY REEDER | ADVERTISER) 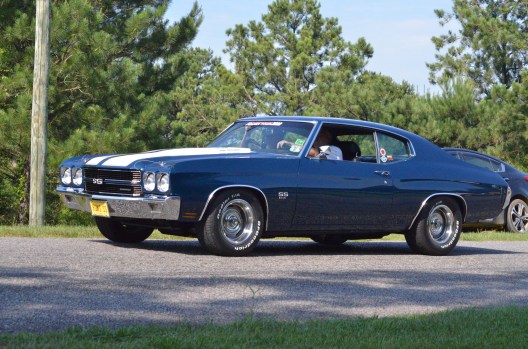 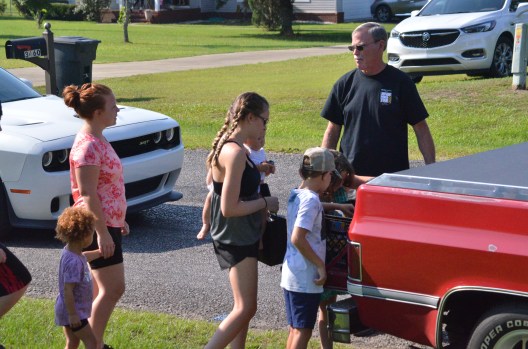 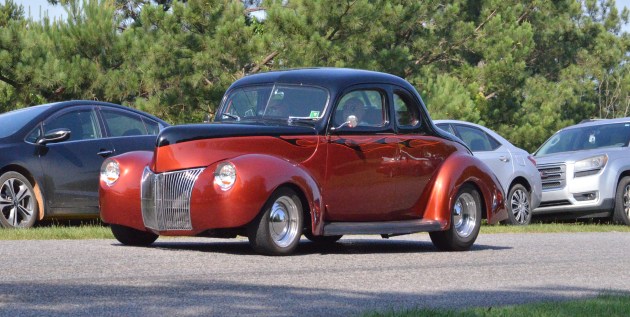 A hot rod among the cars in the Power Tour. (CAREY REEDER | ADVERTISER) 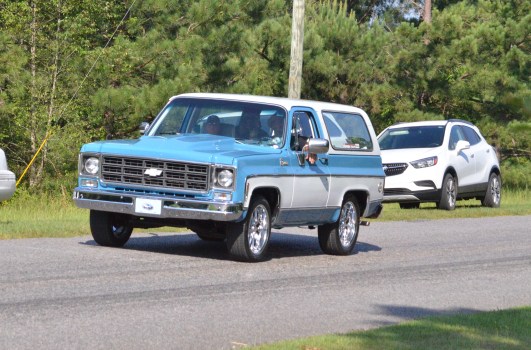 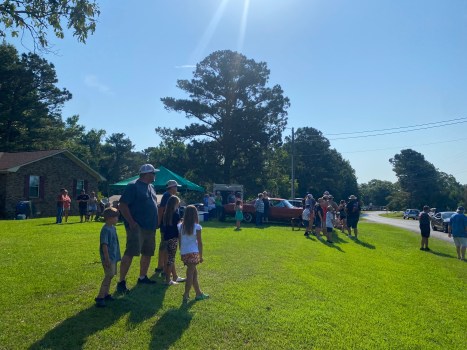 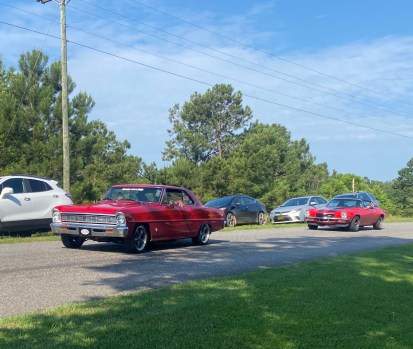 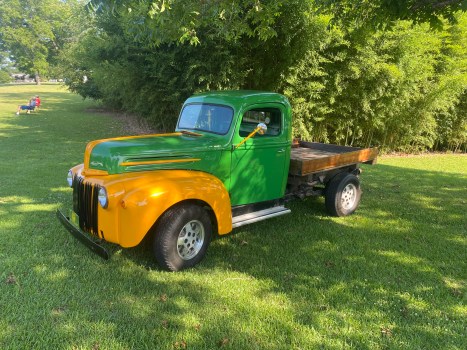 An old truck parked in the yard for show. (CAREY REEDER | ADVERTISER)

Hundreds of hot rods from the 28th annual HOT ROD Power Tour filled the streets of Clanton on June 16 all for one purpose — Ricky Easterling.

Easterling is a long-time hot rod enthusiast who was diagnosed with ALS (also known as Lou Gehrig’s Disease) in 2012. Easterling was a staple at the tour until he became paralyzed and unable to speak because of the disease.

The Power Tour page posted on their page that the tour would be making a stop in Clanton at Robin and Ricky Easterling’s home to drive by so Ricky could observe.

At 9 a.m., cars began filling County Road 47 in front of their home, and Ricky watched closely through the kitchen window at the hundreds of cars coming by for him. Groups of classic cars met at different locations throughout Clanton to coordinate their pass by the Easterling home.

American muscle cars, imports, trucks and hot rods were all among the cars that made a pass by the Easterling home. Part of County Road 47 in front of the house was hosed down with water, so cars could do burnouts. Friends and family filled the yard with chairs and coolers to watch the festivities. Some cars handed out Hot Wheels toys to the children watching the parade of cars.

“This is wonderful, and it was way more than we expected that is for sure,” Robin Easterling said. “We had signs made (and) put up here and at the end of the road for detours, and you can tell they do not mind that.”

Both of Ricky Easterling’s classic cars, a 1965 Pontiac GTO and a 1935 Chevy Coupe, were on display in the front yard along with other classic cars brought by others.

Ricky Easterling had a specific type of car that caught his eye while watching the cars pass by.

The Texas based group Sweet Patina was among the tour participants to stop by. Sweet Patina travels across the United States raising awareness about ALS, and they made it a point to stop at the Easterling home.

“It is a thing where all the hot rodders pull together and support stuff like this,” Robin Easterling said. “It is something (Ricky) always enjoyed doing. He has always been into hot rods.”

Cars continued to pour down County Road 47 throughout the morning into the early afternoon.